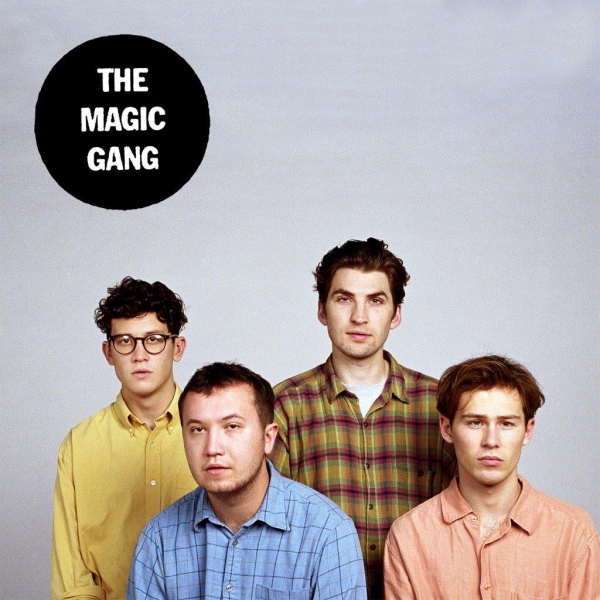 The Magic Gang’s debut album has been a long time coming. Three years in fact.

From their first proper single "No Fun', it was clear they had something quite special. It was Weezer at their most laid back; built for sunny days in the park with a couple of cans.

From then on, the more singles the Brighton foursome released, the easier it was to fall in love with them. Boisterous and playful, with pop hooks that were likely to get stuck in your head for days, they had introduced themselves as a band loaded with festival-ready anthems.

Now, in 2018, the introductions are out of the way and The Magic Gang can get on with soundtracking your summer. It’s clear from their self-titled debut that this is band so dearly in love with music and, most importantly, making it together. Shades of The Beach Boys, The Beatles and other 60s pop stalwarts are all present, but the magic that makes up The Magic Gang are the four members themselves. In a similar fashion to The Big Moon’s debut, the album highlights that camaraderie that ultimately elevates their music.

“Getting Along” sees Jack Kaye and Kris Smith weaving a tale of solidarity in the wake of simultaneous breakups. Featuring a chorus with as much energy as we’ve come to expect from the foursome, it feels like two friends hashing out their feelings in the pub. “No-one understands the reason why / I’ll be staying up awake at night” the two fret. Answers are far from clear, but they’ve found someone else who gets what they’re going through.

The Magic Gang is a great sign of where the band want to go next. The beautiful "Take Care", which sees bassist Gus Taylor taking on vocal duties like The Magic Gang’s own Paul McCartney, forgoes the bouncy choruses the band are renowned for in favour of something more bittersweet. “Don’t you think world feels so much colder without our love?” Taylor croons, creating that rare break up song devoid of malice.

But The Magic Gang is also an album that celebrates where the band have been, with plenty of the lung-busting choruses that grabbed our attention in the first place. Familiar bangers like “Alright” and “How Can I Compete” become even bigger anthems than they were the first time around. Album closer “All That I Want is You” retains that summery Avi Buffalo-esque magic, while “All This Way” dials the harmonies up to 11. Here, their best has become that little bit better.

The Magic Gang is almost entirely about hope. Be that in the face of a break-up, at the cliff face of a new relationship, or simply when you’re starting to question everything about who you are. It’s the sort of record that’s guaranteed to lift your mood. A record that feels so familiar but with just enough surprises to make it exciting too. The three year wait, then, seems entirely worth it; that scrappy Brighton foursome have grown into a bonafide anthem factory with plenty more still to come.