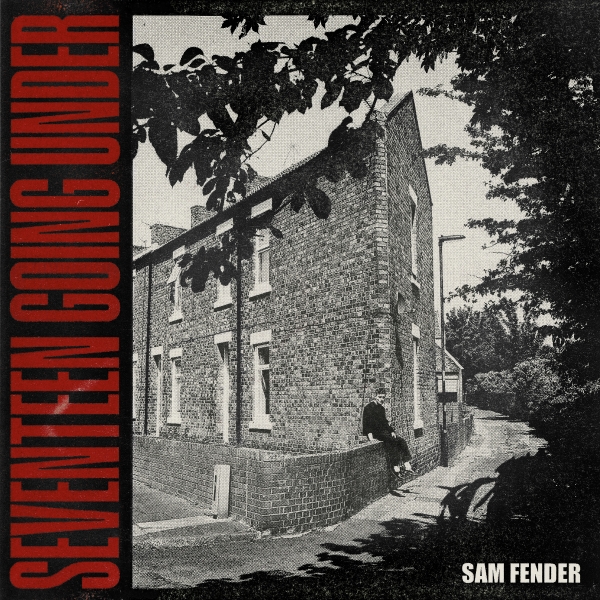 Modern Geordie guitar hero Sam Fender is back with his sophomore record Seventeen Going Under – an album that builds upon the foundations set with his number one debut and creates a towering piece of work.

Fender’s 2019 debut Hypersonic Missiles was a triumph for modern guitar music – and that triumphant twangy Springsteen inspired guitar paired with Fender’s angelic vocals continue gracefully on Seventeen Going Under. When it comes to his guitar playing, Fender is undoubtedly one of the finest guitarists of the modern age. Tracks such as the titular opener, recent single “Get You Down” and the album highlight “Spit of You” have riffs that bleed emotion – simply powerful guitar playing.

Across the entire record, Fender paints a dark yet optimistic backdrop of the English north-east. As I grew up in the north-east a mere 40-minute drive away from Fender, the image is clear, relatable, and bleakly nostalgic. Imagine walking through and observing a grey, humdrum, and impoverished town abandoned by those with the power to improve it. That’s the journey of Seventeen Going Under. However, Fender demonstrates the optimism that this dark miserable place has the potential to be better and that it very much should be.

With this bleak painted picture of the north-east in mind, it’s clear that all 11 tracks on Seventeen Going Under are deeply personal for Fender. Alongside looking back at his bleak hometown, he looks back at the regrets of his life and ponders the possibility of being a better or worse man if things were different. This is demonstrated with masterful and real lyricism, take the simple yet powerfully realistic lyrics on the title track where he states: “I was far too scared to hit him / but I’d hit him in a heartbeat now.” Sam ponders his own morality, and it makes for a breath-taking listen.

Despite not quite being as upbeat and full of instant hits like his debut, Seventeen Going Under sees Sam Fender take the listener on a new, personal, and emotional journey that centres around the backdrop of his adolescence and his own sense of morality. The record is truly a fine piece of artistry that has the power to hypnotise the listener into questioning their inner demons. He does this simply with his own angelic voice, masterful lyricism and powerfully emotional guitar playing – solidifying him as one of this generations truly great songwriters. Well aye!