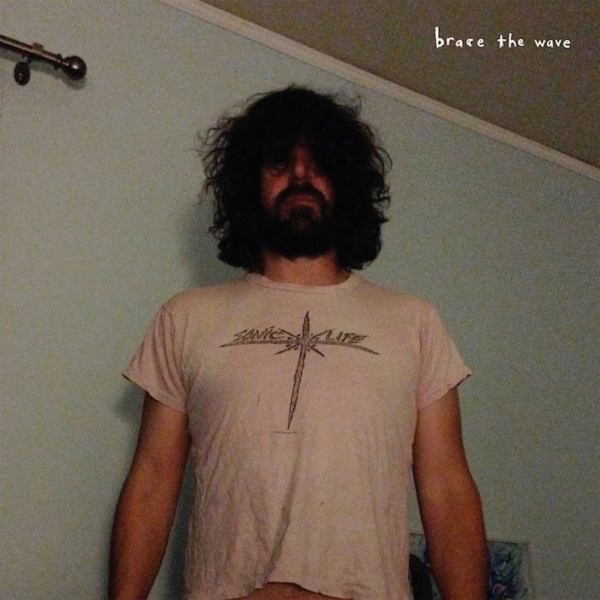 2015 marks the 30th anniversary of the release of Dinosaur Jr’s debut album, Dinosaur, the neglected older sibling of the band’s most essential trilogy of albums. That in itself is a blandly unremarkable
fact, but it is one that is thrown into some kind of clarity when listening to the latest works of Dinosaur Jr’s chief creative talents.

The controversy that has dogged the on-again, off-again relationship of J Mascis and Lou Barlow down the years may well have had its upsides. The list of artists who have made it through three decades on indie music’s frontline is short; the list of those who continue to make music as rich with feeling as Mascis and Barlow shorter still.

Barlow’s latest, Brace the Wave, comes almost exactly a year after the release of Mascis’ best solo effort to date, Tied to a Star. If nothing else, the two records demonstrate that of the Our Band Could Be Your Life generation, none have had quite the longevity or staying power of Dinosaur Jr.

This, it should be noted, doesn’t come out of any Bowie-esque ability to constantly reinvent themselves: Barlow and Mascis have, for thirty years, soldiered on through doing pretty much exactly what they’ve always done. Brace the Wave sounds a little cleaner, Barlow sounds a little more weary, but his song structures and lyrics remain unmistakably identifiable as his. “If you can change that’s great / but my habits hibernate,” he sings on “Pulse”.

For what it’s worth, Brace the Wave doesn’t quite hit the heights of Tied to a Star or, indeed, of its own predecessor, Goodnight Unknown, the previous incumbent at the top of the “greatest solo album by an original member of Dinosaur Jr” chart. But it’s worth considering how rarely Barlow releases music under his own name — Brace the Wave is just the third in ten years — against how frequently he releases music under different names and as a part of other acts: be it Dinosaur Jr, or Sebadoh, or Sentridoh, or the Folk Implosion, or the New Folk Implosion. If Brace the Wave doesn’t always reach the high standard he’s set for himself, we can at least be sure that it means something to its maker, that it’s something he felt he had to put his own name to and auteur himself, rather than sharing the billing with Mascis or his Sebadoh partner-in-crime Jason Loewenstein.

Any new Lou Barlow material tends to serve the same purpose as a Christmas family newsletter or a “State of the Barlow” address. Sebadoh’s Defend Yourself, Barlow’s last check-in, was written in the wake of his separation from long-term partner Kath and so entered into the great canon of “break-up albums” — in many ways Sebadoh’s second, after III documented Barlow’s break-up with Mascis, becoming perhaps the greatest bromance break-up album in history in the process. Despite that, Defend Yourself seemed half-hearted about its apparent emotional turmoil, perhaps because of Sebadoh’s established use of multiple songwriters, meaning that for every heart-broken Barlow ballad was an accompanying track from Loewenstein or drummer Bob D’Amico, taking some of the sting out of the tail.

Brace the Wave, then, picks up some of that slack, and is a much more tonally consistent record. Typically, the best way to tell a Barlow solo song from one of his Sebadoh or Dinosaur Jr contributions is to count how many of the instruments are plugged in, and how many pedals are in use. Here, as with on Goodnight Unknown, Barlow’s acoustic guitar is his primary instrument, but it’s an even more subdued and toned down sound than that album was, rarely relying on electric guitar for anything more than middle-eight embellishments or a rhythmic framework for his simple arrangements.

So if Defend Yourself was Barlow’s defence of himself at the end of a relationship, Brace the Wave is an album about picking oneself up and rearranging the pieces, getting ready for whatever comes next. “C & E”, the album’s penultimate track and strongest point, is full of the kind of sentiment that can only come after a period of reflection as Barlow tackles his divorce head-on, with such a raw and unfurnished nakedness that it is strangely reminiscent of Sufjan Stevens’ Carrie & Lowell, with all its unadorned directness. Barlow is a serially honest artist, never afraid of "telling it like it is" - both in his work and in interviews - but he's arguably never been so unashamedly candid as on Brace the Wave.

Barlow turns 50 next year, and Brace the Wave is as much an album about getting older and the simple fact that things change as it is about a specific incident in his life. On “Pulse” he reckons with the finiteness of his heartbeats and tries to frame the ageing process as a battle — “I’m at war with my body and mind” — before backing out of such romanticised conceptions as he admits “it’s not a fight, it’s my body ageing.” Ultimately, Brace the Wave is an album about these tiny moments of revelation, about the understanding that life is not a series of earth-shattering events, but a constant process of growth and development. The album rides out on Barlow repeating the phrase "learn with me", as if it needed any further invitation: we've been learning with Barlow for 30 years now.