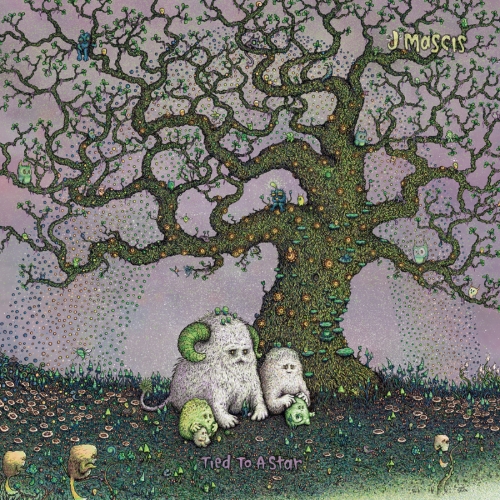 The idea of J Mascis saddling up for an acoustic set will be anathema even to some of his own fans. Throughout the late eighties, Mascis and his band Dinosaur Jr. virtually single-handedly restored lead guitar to alternative rock, along with injecting the genre with a healthy dose of fuzz and squall. Here, the Amherst, Massachusetts native goes unplugged in what some might see as a dereliction of duty for one of the most revered electric axemen of his generation.

Mascis has form in this regard. The 48 year-old’s first solo release, 1996’s Martin + Me, was a stripped-down collection of covers and 2011’s Several Shades of Why saw his acoustic guitar make another appearance. If anything, it’s actually surprising Mascis hasn’t dabbled in the folksier end of rock more often in the past, given that he tends to sing like a creakier version of Neil Young anyway.

The thing is, J Mascis isn’t Neil Young. He never did release After the Gold Rush, or Harvest, or On The Beach. Where Young is stylistically ambidextrous, alternating freely between languid folk and the blistering noise-rock skronk of Crazy Horse, Mascis built his name exclusively on ferociously loud Dino albums like You’re Living All Over Me and Bug.

The distinction is important because Young is rare in exhibiting such versatility, since the styles call for entirely different approaches to making songs. An engaging acoustic song invariably carries with it a degree of lyrical profundity, where oftentimes in rock, the vocals are secondary at best, smothered – and compensated for – by layers of sonic wizardry. It’s at this crux that Mascis faces his biggest challenge.

Wisely, on Tied to a Star Mascis compromises by making sure there’s still plenty going on. Sleepy opener “Me Again” finds him in great voice and is embellished by some pretty piano and what sound suspiciously like the lush symphonic tones of a Mellotron. “Come Down” sounds like it belongs on a mid-nineties Smashing Pumpkins record, with an overheated amplifier gently burning to cinder in the background while Mascis strums away. Later, “Heal the Star” starts off inauspiciously but picks up steam mid-way when an electric guitar crops up, before closing with a real dirge of a coda.

Even if Tied to a Star is nothing to get excited about from a lyrical perspective, Mascis deserves a huge amount of credit for again leaping out of his comfort zone and making the effort to write another set of bona fide acoustic tracks, as opposed to just repurposing his Dinosaur Jr. work. Sure, he sometimes loses focus; closer “Every Morning” comes off as Bible Belt dad rock, “Stumble” goes nowhere slowly and instrumental “Drifter” is an unnecessary distraction. There’s also no question of the album representing anything other than a pleasant sideshow for all but the most hardcore of fans.

Evaluated on its own terms though – simply as a channel through which Mascis can express a gentler side of himself - Tied to a Star is a fine accompaniment to Several Shades of Why. No, the record doesn’t represent a quantum leap in progression between 2011 and today. Yes, it’s another lovely listen.