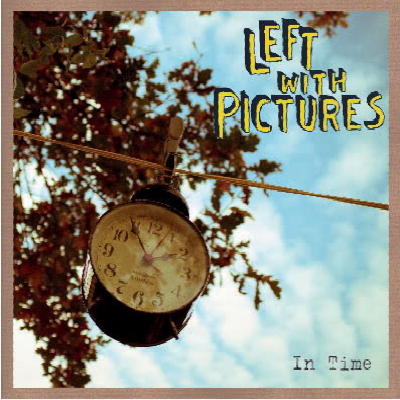 Whether it’s the sighing strings of fall or the waltzy freedom of summer, Left With Pictures charmingly captured each month of 2010 on their latest release, In Time.

Partnering with BBC6 to document each individual month of the last year with a song and video, Left With Pictures premiered each song on Gideon Coe’s show throughout the year, compiling them just now into a proper full-length. Not only is the venture an inventive and attention-sustaining one, but it also brings an impressive array of colors and flavors to bear.

The compositions, as impressive as they can be, are still a niche flavor, however. After all, the whitewashed classical pop of Left With Pictures feature sunny harmonies, aged piano progressions, jazzy drums, orchestral flair and a nostalgic feel throughout. The five members are classically trained, musically adventurous and always interesting, and yet there’s a distance amidst the warmth of tracks like ‘June’ or ‘St. Dominic’ simply because the set is so left-of-center.

In Time’s sweetest moments come when the bombast yields to the tender strings and create enough space to inhabit the tunes alongside the members. ‘River Avon’ creates a serene moment set within a busy neighborhood, while the straightforward nature and piano/violin interplay of ‘Half Time’ make it another highlight.

As expansive as anything else released this year, In Time works through several moods and seasons and largely succeeds.