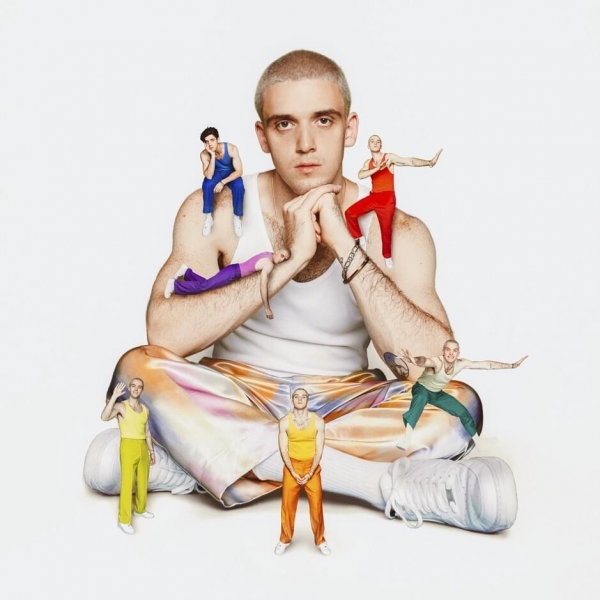 ​​~How I’m Feeling~ is technically Lauv’s debut album – 2018’s release I Met You When I Was 18 was a playlist; a compilation of songs spanning several years, but focused on one specific relationship. ~How I’m Feeling~ instead, is about Lauv, aka Ari Leff, and his life. It’s entirely his, too – he wrote and had a hand in producing each of the 21 songs.

While his earlier releases, including the likes of “Never Not” and “I Like Me Better”, showed him as a hopeless romantic – and whilst he still acknowledges this in songs such as “Tattoos Together”, it’s but one facet. This is simply blue Lauv, existing alongside a multitude of other colours - symbolised on the albums cover. There’s red, or ‘spicy Lauv’ on “El Tejano”, an unexpected but wonderful track featuring Mexican singer Sofia Reyes. It’s laidback, flirty, and fun – as are the collaborations with Annie Marie (“Lonely”) and Alessia Cara (“Canada”). The latter is gorgeous, with Cara’s vocals melting together with Lauv’s in the chorus as they become one.

It’s a similar scene on “Mean It”, featuring LANY frontman Paul Klein. A self-aware track, with Lauv and Klein both recognising that they are second choice in a relationship, constantly being built up just to be let down. It’s a song that feels like it was always meant to happen, a collaboration that showcases what the two artists do best – it’s nothing new, but it’s classic.

“Who”, on the other hand, shows a very different side to Lauv. Featuring Jimin and Jungkook of BTS, whose sensual, dreamy vocals add extra depth, it is an intense, angsty track that could easily belong on a 50 Shades of Grey soundtrack – except it is far too tasteful for that. Each of the three voices are so distinctive and layer upon each other, building the sense of desperation and emptiness portrayed in the lyrics. It’s the album’s standout collaboration, for sure.

Although it is collab heavy – Lauv is nothing if not a 21st century artist, through and through – many of the more thoughtful and interesting songs from a lyrical perspective are his solo songs. In “Sad Forever”, we meet purple, existential Lauv, who shares anxieties about being medicated for depression, and on “Drugs and the Internet” a green, goofy Lauv pokes fun of a version of himself obsessed with creating and maintaining an online persona. It’s a very current, very pressing topic, but one he addresses with lightness and self-awareness. It’s a clever song with unique expression, as is “Sims” – a song about meeting someone at a party but devoid of the usual clichés. Instead, it’s a fun, refreshing musing on what could’ve been in a different situation – a completely fictional one.

These lighter moments are of course paired with more sentimental, emotionally driven ones – “Sims” is sandwiched between the comforting “Lonely Eyes” and the heart-breaking “Believed”. Lauv proves himself to still be a hopeless romantic in these songs, just with a slightly more mature perspective on relationships, human beings, and himself.

~How I’m Feeling~ closes with “Modern Loneliness”, one of its highlights and perhaps the greatest insight into how not only Lauv, but the generation he speaks to, is feeling. It is quietly anthemic; an ode to the contradictions of contemporary culture and the cognitive dissonance of wanting to feel better but not doing anything to get there. It’s the perfect conclusion to an album which speaks to the various anxieties of both its subject and its listeners, and a song destined for slightly watery-eyed but vitalising sing-alongs. And that, just as much as the hopeless romanticism, is what Lauv is made for.