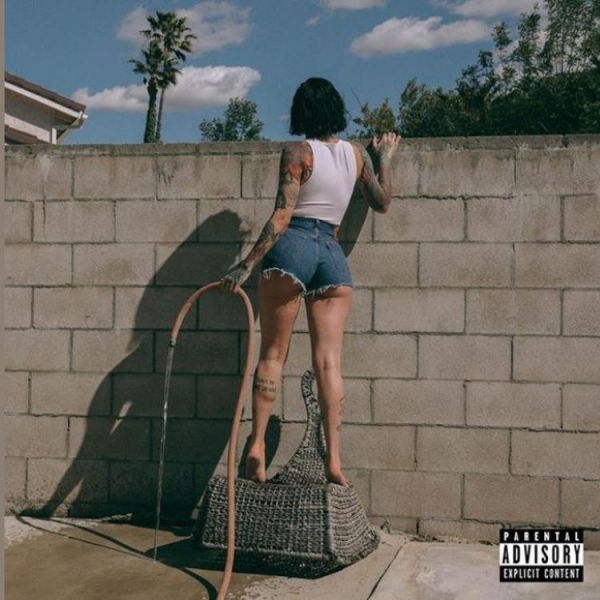 On the heels of 2019’s stunningly lucid While We Wait mixtape, Kehlani’s latest project offers us a vision of inevitable heartbreak, set against the backdrop of light, summery ‘90s R&B and hazy contemporary hip-hop soul.

The Oakland R&B singer has always occupied a unique space, stylistically speaking, within the urban musical landscape: fusing the neo-traditionalist approaches of figures such as Musiq Soulchild with the heady, hip-hop inflected intonations of singers like Mariah Carey. The through-line of this seemingly disparate mix is Kehlani’s razor-sharp focus: her ability to dissect her own emotional vulnerability with cutting, incisive songwriting – all whilst retaining her pop-inspired sensibilities. It is this sensibility that underpins the success of It Was Good Until It Wasn’t.

“Damn right, we take turns bein’ grown / I get real accountable when I’m alone.” So goes the first verse of album-opener "Toxic", a self-acknowledgement of human imperfection as well as a sort of thesis for the rest of the project. An ode to Kehlani’s fraught relationship with Compton rapper YG, its intimate focus on previous “kisses and hugs” belies its cognisance of the public spectacle surrounding their much-publicised relationship – a spirit captured on the album’s centre piece “Everybody’s Business, where the singer confronts the rumours surrounding her personal life: “I hear every word they talk / Try not to care at all / I know it’s frontin’, don’t know me from nothin’”. There’s something mantric, almost self-affirming about this song - a quality that can partly be traced back to the singer’s expert decision to interpolate Pharrell Williams’ confessional 2003 hit “Frontin”. Moreover, there’s an emotional maturity that’s palpable across this track, and so many other songs on the record. One couldn’t help but draw a comparison to Megan Thee Stallion’s emotionally charged sophomore project SUGA, which saw the singer re-invigorate her sonic template amidst a slew of legal struggles with her record label; unsurprisingly, the rapper herself is featured on the cutting, braggadocious “Real Hot Girl Skit”.

Elsewhere, collaborators such as Jhené Aiko and Lucky-Daye imbue “Change Your Life” and “Can You Blame Me” with their ambient, brooding aesthetic, whilst the British crooner James Blake helps elevate the sombre, cinematic qualities of standout ballad “Grieving”. Their presence on the record serve to supplement, rather than detract from Kehlani’s constant emotional lucidity. Though the singer’s fatalistic approach to heartbreak seems overwrought at times, it serves as an indicator of her approach on the album: cool, focused and precise, cutting through, rather an around, the material at stake. It’s a spirit exemplified on the record’s concluding number, “Lexii’s Outro” – helmed by the recently deceased Minnesota-based rapper Lexii Alijai. A stark reminder of a life lost too soon, it puts the heartbroken sensibilities on It Was Good Until It Wasn’t into perspective: romance, like human life, is transient and ephemeral, with peaks and troughs that suck you in and spit you out again. The end-goal, as poignantly declared on the track, is to “act like you’re on top, even if your shit sunk”. It’s an ethos embodied at the core of this record – a record that is as self-aware of the pressures of romance and stardom as it is a bare, naked representation of the singer’s heart and soul.