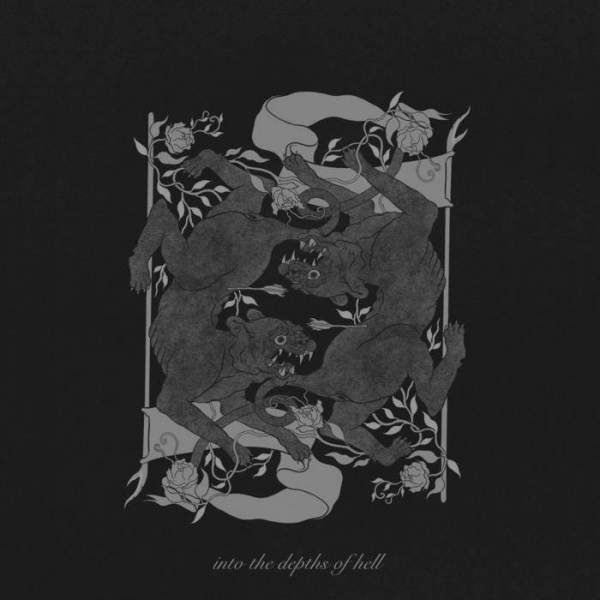 A few years ago, David Orr in The Paris Review declared Robert Frost’s “The Road Not Taken” as the most misread poem in America.

You know the image from every commercial horror film and pantomime: a path diverges into two, with one option well-lit and the other dark and uninviting, filled with obstacles and hardships, and almost always the one that’s chosen. Orr wasn’t talking about the seemingly implicit irony, that the more time this phrase adorns coffee mugs and motivational fridge magnets, the more the road less travelled becomes the popular route; its origin isn’t a paean to intuition, or a celebration of your own hardships – it’s a cover-up. It’s an act of comforting self-deception, to justify your own missteps when you trace them in years to come.

There’s a duplicity that roams the boundaries of Joshua Burnside’s sophomore full-length, Into the Depths of Hell. The Ulster songwriter forgoes a little dramatic irony by naming his new project something so assuredly apocalyptic, we said about his latest single "War On Everything", but the sound is anything but unnerving. Industrial murmurs creep into the fringes of the opening songs like a car chase, Burnside hurtling down a different melodic side street as soon as danger gets near. Opener "I Saw the Night" begins with disorientating synths, but is plucked out of domesticity’s drone with a saccharine sing-a-long and finger-picked guitar, while follow-up "Under the Concrete" then waxes lyrical about jumping from windows to a painful death. Really, it’s a few more triumphant trumpets from Beirut’s Gulag Orkestar.

The album’s gothic, orchestral sweep doesn’t hide its lyrical macabre; “I was never one for heights,” he admits in "Noa Mercia", as if he needs to justify why we’ve got an album that lasts beyond the opening seven minutes. Burnside’s stories are shrewd in their realisations, though, through traditional folk to college rock grandeur. He’s darkly funny and mundanely heartbreaking – frank about losing his one true love because he’s spent too much money on taxis, unsettlingly apologetic for his own survival. Into The Depths of Hell is a rough diamond in a genre that rarely strays from the path. There’s enough beautiful music here to nestle unthinkingly onto café playlists, but if you’ll humour him a closer listen, he’ll tell you that the road not taken, into the depths of hell, begins on your own street.