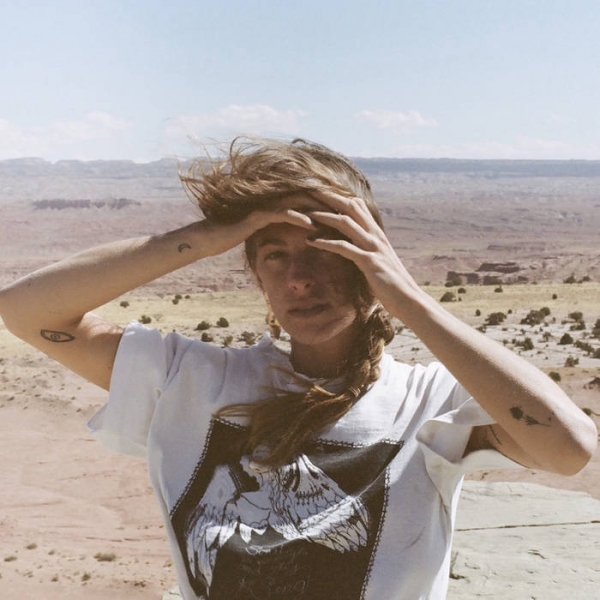 Gliding between moments of fracture and slumberous melancholia, Australian singer-songwriter Indigo Sparke’s debut features a pattern traceable to an upbringing immersed in the timeless, much-revered songbooks of Neil Young and Joni Mitchell.

Sporting a rough-hewn heart shared with contemporary indie folk flag-bearers such as Katy Kirby, Sparke’s Australian roots are wholly eclipsed by dyed-in-the-wool Americana, an attachment to highway-strewn vistas recently reinforced by a road trip she undertook through New York, Minneapolis, Topanga and Taos.

With a continent-hopping recording process - divided between NYC, Italy and Los Angeles – Sparke’s compass is one sourced out of a nomadic impulse, a wandering that is at its most prominent on tracks such as “Colourblind” in its south-western inflections and “Dog Bark Echo”, which retreats further into the lunar-laced terrain of coyotes and tumbleweeds – an unembellished affinity with nature reflected in its stark, spoken-word poeticism. “Carnival” sees Emmylou Harris’ shadow bear down on the singer-songwriter’s material, a pliability in Sparke’s vocals hinting at the rolling windswept tundra framing the surrounding collection of tracks.

A desolate, almost isolating atmosphere encompasses the album, a direction that doesn’t necessarily define its ambition but proves a pervasive element; a glacial tilt that can at times overwhelm. Tracks such as “Everything Everything” do, however, carry a more diverse scope, a sound that retains an alliance with star-canopied weather-worn canyons and mournful relationship yarns.

Sparke’s additional aptitude as a photographer further augments this dovetailing of the sonic and visual, a pinpointable aridity in each song that evokes a rugged geography – an energy noticeable without so much as glancing at the album artwork for reference. Echo is an offering with a success that can be judged in the way it evokes such imagery, notwithstanding the fact it wears its influences so visibly.