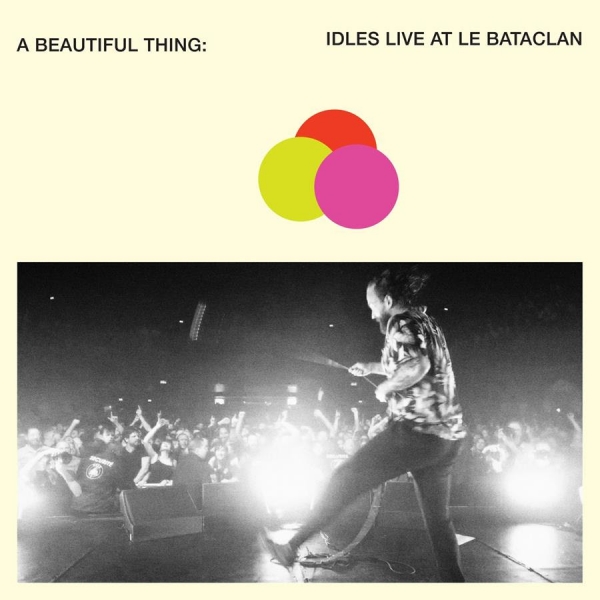 If you’ve not had the opportunity to catch IDLES live yet, it really ought to sit at the top of your list of new year’s resolutions. Weaponizing the raw, negative energy of our time, the Bristolian quintet have effectively found a way to channel their rage into a movement committed to love, compassion and kindness.

IDLES have been staunchly dedicated to this concept since 2017’s Brutalism, a confident debut which served as a formative statement of intent for the band as well as a poignant tribute to singer Joe Talbot’s mother. This, in turn, was bolstered last year by the excellent Mercury Prize-nominated Joy as an Act of Resistance. The sophomore LP built on the foundations of its predecessor whilst tackling critical issues of the day.

This should go some way then to describing how IDLES are a band now sitting on a impressive and instantly recognisable back catalogue, one that places them perfectly to produce an unrivalled live show. This then is part of what’s so immediately enjoyable about A Beautiful Thing: Live at Le Bataclan.

Comprised of recordings from their gig at the famous French Theatre a year ago, the LP acts as a celebration of all that the group have achieved since they punched and kicked their way into the public consciousness. "Colossus", sets the tone immediately, chugging guitars and wind-up managed deftly, building to fever pitch before Talbot ultimately brings it to its herculean conclusion.

Equally excellent is "Mother" which manages to match the aggression of the introductory stages of the album and perhaps even surpass it in the band’s out-and-out celebration of feminism. The group’s ode to immigration "Danny Nedelko" is preserved in this same perfect cocktail of rage and love; it makes you realise just how lucky we are to have a band like IDLES right now.

The most charming thing about this collection however is that it totally taps into what it’s like to be at an IDLES show. The bespoke chaos that you might see unfurling before your eyes is captured perfectly. Whether it's Joe whipping the crowd up into a frenzy, the frantic drumming, the screeching guitars or the crowd clamouring to be a part of it all, the raw humanity of the thing bleeds through. It feels almost as if you’re sitting in on a private moment, peering behind the curtain.

This is a testament to the raw musicianship of the group as well as the extent to which their sound transfers so well to the stage. Indeed, the only real detractor to the collection is the relative shortage of new material; however, this is by no means enough to weaken the overall quality of the album as a whole.

If you’ve never had the chance to see IDLES live, then A Beautiful Thing: Live at Le Bataclan serves as the sumptuous taster to a wilder, more frenetic main course that you absolutely owe to yourself.