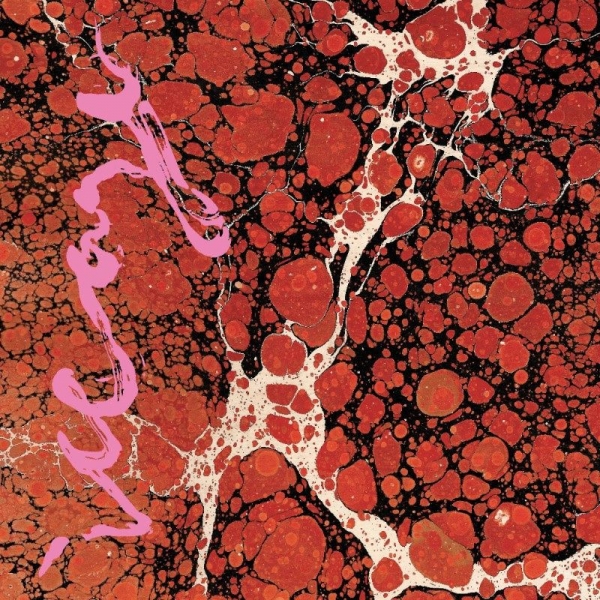 It’s almost been four years since Danish punks Iceage reinvented themselves on the grandiose Plowing into the Field of Love. While four years may seem like a long time, the band’s figurehead – the howling, powerful presence of 26-year-old Elias Bender Rønnenfelt – has kept himself extremely busy with two albums from his side-project Marching Church.

However, the use of the term "side-project" doesn’t feel particularly right here, especially when you take into consideration the profound and undoubtable influence that the two Marching Church (which also features other Iceage band members) albums have had on the new Iceage album, Beyondless.

As Elias himself told us back in 2016: “I think both of these projects can co-exist without either of them having to be reduced to a mere “side-project,” he said. “In a way, they have become a power to enable each other, as when one well is drained, the other will be there, filled to the brim with new waters.”

Iceage have no doubt expanded their sound on Beyondless, but it sounds as if Rønnenfelt was using Marching Church to play with new sounds and ideas, as a sort of trial-and-error for the new Iceage album. An uncertainty around where to take the band’s sound would certainly explain the four-year hiatus, and Marching Church would seem to provide a very public solution.

In spite of this, Beyondless largely speaks for itself. It does what Iceage have always done best: it challenges everything you thought you knew about them. It could be viewed as their most accessible album yet (it features guest vocals from Sky Ferreira, after all), but it’s not as simple as that. Iceage have never really cared about whether or not people like their music, and they have always cared even less about playing songs from their early albums for people that do like their music.

Long gone is the teenage angst and alienation of 2011’s New Brigade and, to some extent, 2013’s blistering You’re Nothing, and rightly so. They’ve grown up a lot since then, as people and as musicians, so a gradual shift in sound that reflects their current lifestyles and inspirations is only natural. They’re now good-looking twentysomethings who post avant-garde jazz playlists on Spotify and hang out with popstars. Beyondless reflects this.

Opener “Hurrah” kicks the album straight into gear, with Rønnenfelt continuously exclaiming that he “can’t stop killing, and we’ll never stop killing and we shouldn’t stop killing”. At face value, these lyrics completely disregard the idea that Iceage are no longer angst-ridden. But, the fact that they’re not driven by angst anymore has led them to become the masters of portraying senses of uncertainty and beauty simultaneously in their music. Fittingly so, Rønnenfelt’s vocals sound crisp for once and he even sounds sober (!) compared to the drunken karaoke and fervent grunting of Plowing into the Field of Love.

There may not be any scatterbrained love lectures on Beyondless, but the more (but still not completely) understandable vocals definitely lead to some of the band’s strongest songs to date. “Catch It” and the Sky Ferreira-featuring “Pain Killer”, two of the album’s early singles, show off the band’s pop chops and provide some of the album’s most enjoyable moments. This thereby proves to diehard Iceage fans that Rønnenfelt is a naturally gifted songwriter, as if they didn’t know already, whose ability sees him constantly exploring new directions without ever completely compromising his original values as a musician.

Another one of the album’s highlights is “Showtime”, the album’s penultimate track. “Overcoat’s been taken off, read the reviews,” Rønnenfelt sings. “They were off the chart.” It’s a smart and sarcastic track that sees the song’s protagonist (presumably not himself, but someone very, very similar) blow his brains out on stage for the show’s main event, seemingly as a result of all the pressure that comes with being swallowed up in the media’s ever-reviewing and interviewing hype machine.

Swiftly moving on from the redundancy of music critics, the album ends on the immediately show-stealing standout title track, “Beyondless”. It subtly acknowledges Iceage’s previous work (it wouldn’t sound out of place on You’re Nothing, despite being double the length of any of the album’s other tracks) while reflecting Iceage’s ever-growing songwriting skills that refuses them to be restricted to any solitary sound.

There’s an otherworldly beauty in the lyrics for “Beyondless”, that sees Rønnenfelt give the ultimatum of: “If you want it, I’ll give you an anchor / If you don’t I’ll set you to sea” before later on proclaiming to be “perfectly lost at sea, eternally”. It would seem as if the anchor wasn’t required. It’s a fitting metaphor that could literally mean anything you wanted it to, but it’s the perfect reflection of what Iceage represent as a band. Either through unreadable vocals or ambiguous lyrics (or a confusing mix of the two), you never really know what they mean. But, whatever it is, they mean it. This is what ultimately makes Beyondless a organised mess that’s as hectic as it is heroic. The overcoat may have been taken off, but we still don’t really know what’s underneath.