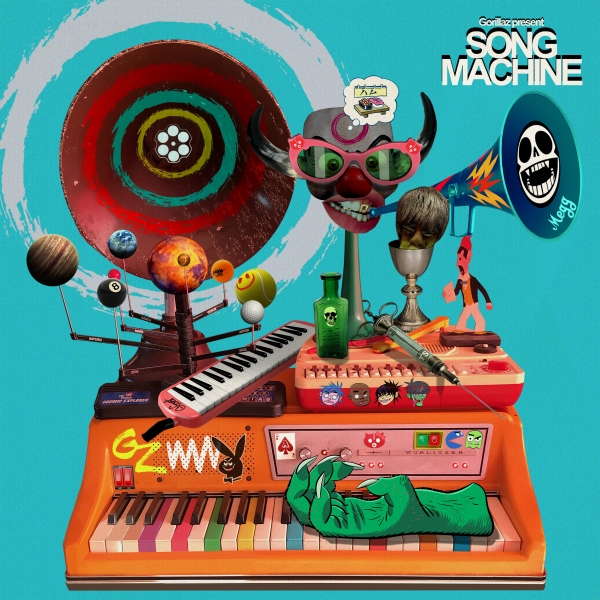 The project of Damon Albarn and Jamie Hewlett has been famously difficult to pin down since the virtual band first emerged in 2001. Trying to get under the skin of what they’re about is difficult, and it’s almost like there needs to be a conscious choice, as a listener, to abandon all sense of musical typographies before you really start to appreciate the artistry at your feet.

Once again disrupting conventions in their round-the-back-door fashion, Gorillaz thrives in 2020 with Song Machine Season One: Strange Timez; the newest concept that sees them joined with a truly exciting roster of collaborators, including Beck, Elton John, Octavian, Slaves, Slowthai, St. Vincent, Unknown Mortal Orchestra, Skepta, and many, many more.

Episode 1 - “Momentary Bliss ft. slowthai and Slaves” marked the first song of the band’s latest venture, riding off the wings of the success of previous album The Now Now. However, Song Machine is a deviation from their previous releases, where the songs appear as standalone releases and there’s no immediate overarching concept across the album as a whole.

Following every move Gorillaz makes is like being guided pleasantly through a visceral plethora of galaxies upon galaxies; you don’t quite know where you’re going, much less if you’re always enjoying it, but you know that it’s a journey you’ve committed to and, above all, it’s immensely intriguing.

What’s coming next? And what’s the appeal? Its maximalist aesthetics and musical creativity combine to make something intensely addictive and satisfying, but it’s still inherently hard to put your finger on what exactly it is. Perhaps that’s the beauty of it; to be able to smash through paradigms in unexpected and innovative ways is to provide the ultimate sense of escapism.