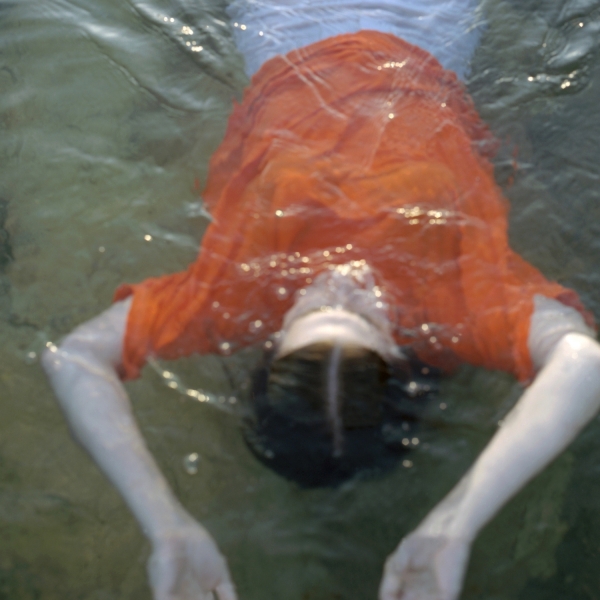 Gia Margaret’s debut There’s Always Glimmer was a closely guarded collection of atmospheric indie-folk; drawing back the curtain on hidden moments just long enough for her comforting voice to pull you out to sea.

Speaking to The Line Of Best Fit last year Margaret hinted that record number two may signal a change in direction. "I’ve been playing…and writing a lot more on organ...listening to a lot of music from high school, like The Postal Service and Death Cab For Cutie. So I think lately things may be going in a direction but it’s hard to say. I’m having fun making music again and I have some new tools so things will change sonically, but hopefully, it will still sound like me and my voice will tie everything together.”

That change of direction arrives in the form of Mia Gargaret. Born from necessity rather than design it is a marked departure from her debut and, despite her initial thoughts, largely absent of her voice to guide its path. The reason for this is that Mia Gargaret is an ambient, almost exclusively instrumental record, written to provide some sense of comfort to Margaret after illness had left her unable to sing. Where voice and guitar once resided we are met with woozy synth lines, broken down pianos and tape loops. The result is an intriguing expose of Margaret's talent for composition and creation of inhabitable spaces of sound. Trembling hands looking for another to hold are captured in the warming synths of “apathy”, while “no sleep so dream” feels like a voyeuristic intrusion on a late-night piano recital.

Like a kite in the wind, Mia Gargaret provides enough space to drift off and gain some perspective without having to lose yourself completely. On the brief yet beautiful closing track “lesson” Margaret’s voice appears again for the first time. Entrancing as ever and layered over a dopamine addled groove, it provides a brief enough glimpse to assure us we will hear her words again soon enough, perhaps to accompany yet another stylistic shift.

At a time of uncharted fear and oppression that finds the world holding its breath as to what happens next, Mia Gargaret sounds like a vital exhalation. It may be There's Always Glimmer’s quiet sibling, but it still has plenty to say.