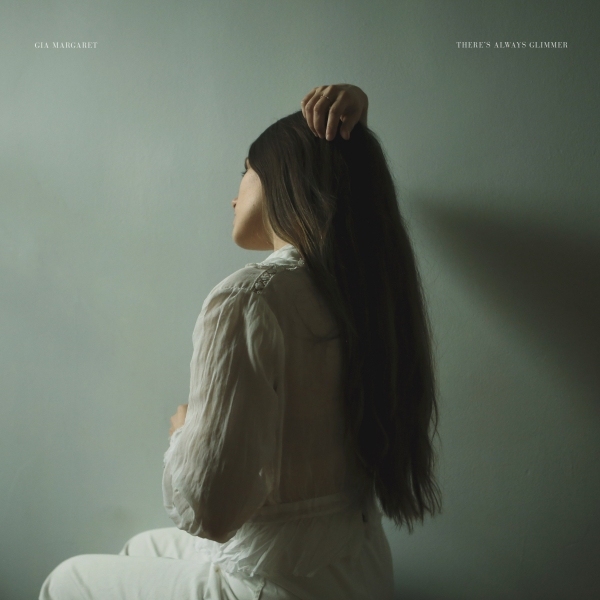 That’s the line that introduces us to Gia Margaret’s debut There’s Always Glimmer. Delivered in her hushed tones, barely above a whisper, on “Groceries”, it’s the line that sums up this world of sleepless nights full of self-doubt, searching for that glimmer of hope.

The picture of what happens begins to fall into place on “Birthday”, a curiously mid-tempo song that brings to mind Mitski in its mix of lush production and heartbreaking lyrics. Here, Margaret sings, “I can’t pretend I didn't know it / But then the night came and you were gone.” There’s Always Glimmer chops between this search for a flicker of light that her ex-partner mentions on “Groceries” and the crushing realisation of what actually happened, as on “Birthday”.

Sometimes, less is more. “Wayne”, with just two verses and no chorus, is a perfect, and disarming, summation of Margaret’s state of mind. Trapped by the memories of the past with a love, good and bad, she’s unable to say what she wants to say, while this love can say whatever they want whenever they want to, making it all the more hurtful.

On the occasions that Margaret’s voice leaps above a whisper, the spell can falter a little. The lullaby-like sounds that guide much of There’s Always Glimmer are far more impactful than the standard folk fare on the likes of “Looking”.

But then lines like the darkly comic, “I heard you’re flying out west / To make it worse, I even checked”, hit and you see yourself reflected in Margaret’s grief. There’s Always Glimmer isn’t perfect, but that's appropriate really: trying to sort out your feelings in trauma's wake never is. By the time the album comes to an abrupt close on “West”, which features that above line, there’s still no closure. Margaret’s keeping herself awake with more questions that deliver no answers because, ultimately, heartbreak has no tidy end.