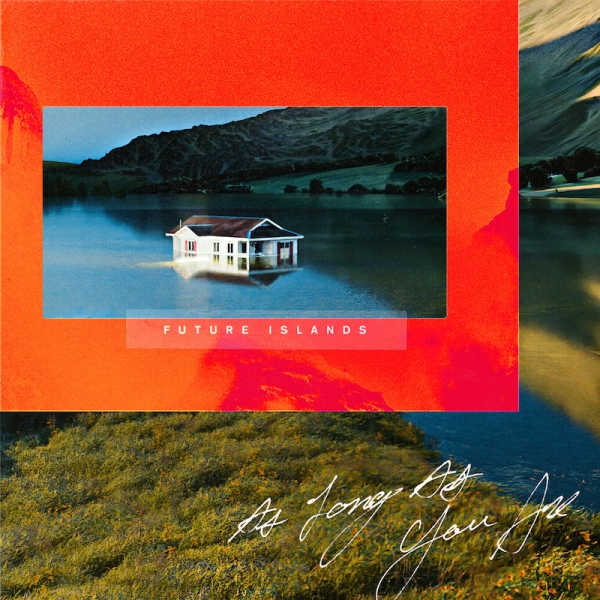 Despite sporting three sublime albums to their name by 2014, the much-hyped Letterman appearance would eventually form the catalyst in propelling the Baltimorean four-piece from relative obscurity to newfound acclaim. Samuel T. Herring’s passionate on-stage delivery emblematic of an artistic integrity inherent in their songcraft; yearning emotive fervour channelled through sonorous synth-draped alt rock - qualities the band, it appears, are in no rush to relinquish. As Long As You Are resurrects this central plank of their image, issuing an abundance of percolating beats and fractious vocal sweeps, where The Far Field sought a greater sense of instrumental divergence, transcending the post-punk epithet typically assigned.

Herring’s fraught refrains continue to quake with distinct fractious intensity, a cathartic constant aided by an ever-present shawl of pulsating electronic embers tearing at its core. The latter alchemy reasserts its dominance from the outset, the palpable throb of “For Sure” spurring an overriding rush of competing sensations; an unnerving yet spirited undercurrent, pivoting between Fine Young Cannibals’ dance pop and the monochromatic hues of Joy Division. Gerrit Welmers’ synth precision, elsewhere, exerts a blistering shower of technopop largesse, notably on “I Knew You”, twinning warbling alien ambience with layers of piercing synth shots - a soundtrack to moonlit night drives into the wilderness.

Murky early '80s tints, as ever, dependably rise to the fore, driving rock tracks juxtaposed with those that venture more lyrically inwards. A self-questioning inclination has, in this respect, recurrently framed Future Islands’ body of work, introspective excursions that finds a further outlet on “Waking”: “I’ve been sitting here thinking / What’s my purpose? / What’s the meaning?”.

This sense of existential languor isn’t a trait at all attributable to the album itself. Burnished with all the hallmarks that have moulded the band into such a robust songwriting entity, As Long As You Are is a portrait of Herring and co at the top of their game - a collection of taught electro-pop numbers graced with poetic flair.