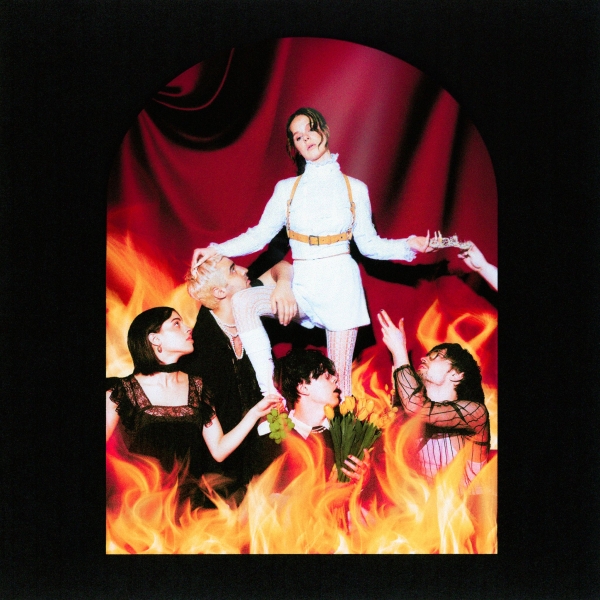 ​ELIO gives the impression of a person who takes her work seriously. Her first song as a solo artist, “My Friends Online,” was released on the cusp of the pandemic, and she’s spent much of the two years since further honing her craft as a musician.

Whether shut away in her Toronto bedroom during lockdowns or cramming back to back studio sessions in LA, the output of this effort has been two EPs of hooky and relatable bedroom pop – and her latest project, ELIO’S INFERNO, largely continues in this vein. In a recent interview with BEST FIT, ELIO mentioned wanting to “create my version of a great pop song in all its different forms” – and sonically, ELIO’S INFERNO pushes in a few different directions, spiking her familiar breezy, R&B-leaning bedroom pop with shots of squelchy hyperpop synths and a few intriguing nods to mid-00s Timbaland and Neptunes productions. Each of these songs have lots to enjoy in their own right, but as a wider project it feels somewhat disjointed – at times sounding more like a collection of highly polished demos of songs written for other artists, rather than a singular artistic statement from ELIO.

The flip side of this is that ELIO’S INFERNO is indeed an impressive showcase of ELIO’s songwriting and production skills. Much like her mentor and manager Charli XCX, she has a knack for vocal hooks that layer catchy rhythms over a track’s instrumentation. On “vitamins,” one of the album's highlights, ELIO packs a whole lot of words into the verses, scanning more like a rap flow than a classic pop melody. It’s the rhythmic quality of these lines that sticks in your head as much as the melody, and they play wonderfully against the detailed percussion throughout the song.

Perhaps ELIO’s strongest calling card is her playfulness, which comes through in production details as much as lyrics. It would be impossible to write about this record without mentioning the insanely quotable “how do I politely say suck my fucking dick?” gang vocal from “Read The Room” – a track that drips with attitude as it tells the story of ELIO’s experience in a session with a sexist producer. The percussion on “TYPECAST” is full of strange clicks, pops and snaps that seem to loop asymmetrically, giving the song a fun, wonky groove. Even in one of the record’s more sincere moments on “vitamins,” ELIO slips in the line “shut up for a second / gotta take my vitamins,” giving the song a lighthearted, conversational feel.

As a standalone record, ELIO’S INFERNO doesn’t stray far from her previous releases, and it’s worth noting that it’s being pitched as a mixtape rather than an album or EP – make of that what you will. However, it does add to ELIO’s ever-growing catalogue of highly enjoyable pop songs, and while it might not be breaking the mould, that’s absolutely still something to be celebrated.