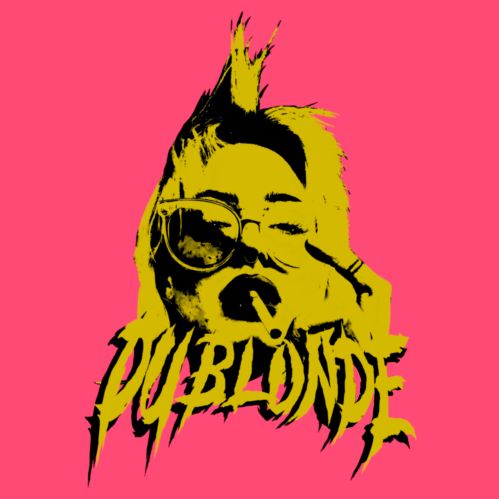 Du Blonde’s path to present day has been one strewn with sidesteps and uneven, if continual, progress.

First there was Du Blonde’s, real name Beth Jeans Houghton, decision to leave her band Hooves of Destiny and go it alone in 2012 - after a breakdown both musically and literally - under the moniker Du Blonde, resulting in 2015’s Welcome Back To Milk. Then came the scaling back of her sound four years later on Lung Bread For Daddy, which traded in some of the punk and exposed a more vulnerable side to the artist.

If ongoing exploration and wrestling for control has defined Houghton’s career so far, then Homecoming, out on her own Daemon T.V., continues to drive that narrative forwards. Representing another shift in direction, this time opting for poppier hooks and a dialling down of the angst, it documents Du Blonde’s ongoing attempt to try and better understand the world she inhabits. Her well-documented battle with anxiety makes itself felt in multiple ways; whether the solidarity of “Medicated (feat. Shirley Manson)”, in which Houghton empathises with mental health sufferers having their voices unheard, or deliberating on the benefits to self-sacrifice on “Take One For The Team”. Either way, her earnestness makes for both difficult and comforting listening, as she vocalises some fairly morbid tales while offering comradeship through the strife.

More than on any previous Du Blonde record, Homecoming also features heavy acknowledgement and even acceptance of some pretty gnarly situations. Calling on support from pal Ezra Furman for the indie-grunge banger “I’m Glad That We Broke Up”, the track’s title slyly leaves out the line immediately following in the chorus, “And I’m glad that you’re back”. Lively, and even joyous at times, the song takes a previous ill on the chin and even admits it may have worked out better in the long run, without the hint of a grudge. Skeletal closer “Take Me Away” is more mournful, but represents a powerful showing of inner-strength, Houghton quietly promising “I might not like it but I sure won’t get in your way”. Moments of fortitude litter Homecoming, though they are rarely as stark as this, and as a result, rarely as effective.

Houghton’s decision to look increasingly inwards and her comfort in isolating her process can be partially seen as a mirror of the world’s current insular circumstances. And that may in part be true. But for an artist who finds energy in constantly moving and shaking things up, the choices made which have led to Homecoming being unlike anything she’s done before is perhaps more in her DNA than a response to external events. Houghton has already joked that album number four will be happy hardcore. And you know what? We wouldn’t put it past her.