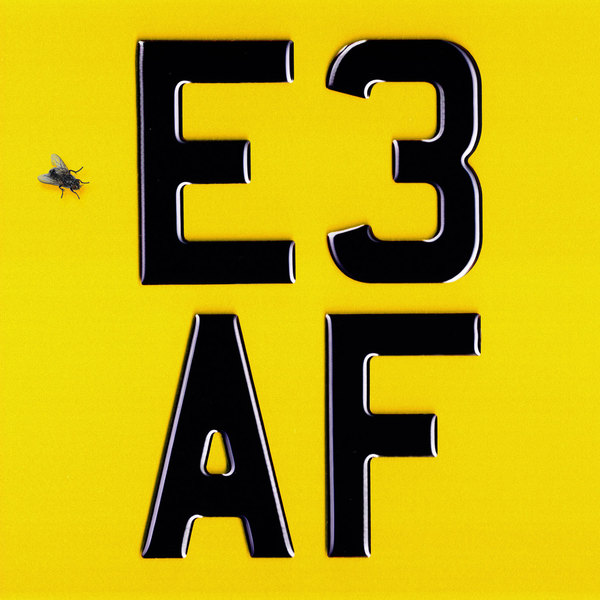 After bringing grime to mainstream consciousness with the seminal Boy In Da Corner in 2003, Dizzee Rascal transitioned into Britain’s biggest pop-rap superstar. Songs like “Dance Wiv Me” and “Bonkers” gave him the chart success he was craving, and soon enough, many of the scene’s pioneers would follow in his footsteps. By the time his fifth album (the cleverly-titled The Fifth) rolled around, his club-inspired sound had become stale and goofy, especially as grime was about to return to its thrillingly raw roots.

With Skepta and Stormzy leading its revival, it seemed as if Dizzee was being left in the rear view. Shaking off the cheeky-chappy persona he’d developed at the peak of his stardom, he came back to form with Raskit, which saw him mix an icy, minimal production style with effortless flows. It was a reminder that Dizzee can still pack a punch as an MC, and his latest effort E3 AF is no different.

His delivery is electric throughout here, with his lyricism both witty and defiant. He’s equally great when he’s in introspective mode, such as on “Energies + Powers” when he recalls his turbulent childhood and the passing of a close friend (“I wish I never fell out with Jermaine / I wish he didn’t die a week before he got to look his brand new baby in the eye”). The featured guests all pull their weight too, particularly Kano who delivers a verse with the ferocity of a tidal wave on “Eastside”.

E3 AF plays out like a history book of black British music. Its past, present and future are all referenced here; “You Don’t Know” is a clear nod to UK Garage, while “That’s Too Much” pairs dubstep thwomps with a skittering beat and a glacial synth melody. Elsewhere, Dizzee experiments with drill on the uncompromising “Act Like You Know”, and “Body Loose” takes the main hook from Architechs’ “Body Groove” and transforms it into a catchy Afro-fusion bop in what’s easily the most pop-facing moment.

Despite the impressive variety, the production choices on E3 AF do feel safe at times. Songs like “God Knows” and “Don’t Be Dumb” are reminiscent of Boy In Da Corner’s sonic abrasiveness, but the album certainly isn’t as bold or innovative as his legendary debut. Although it’s not as vital as his early work, it’s a fun and confident return from one of the kings of grime. Long may he reign.