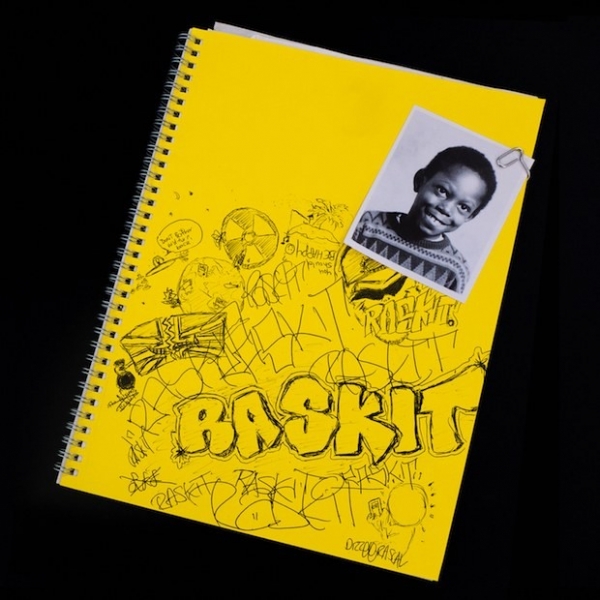 “I never thought I’d see the end of the CD / I never thought I’d see social media replace the TV,” Dizzee Rascal raps on “Focus”, the opener to his sixth solo album, Raskit. It’s a succinct way to show the passage of time for grime’s elder statesman, who is now facing the unique challenge of reasserting his place in the very subgenre that he was instrumental in popularizing.

The passage of time has had a fascinating impact on some of Dizzee’s rhetoric. A track like “Wot U Gonna Do” on one of his earlier records would come off brash and confrontational, but in 2017 it plays as more caustic, a warning from an MC who is only 32 years old but has still lived a lifetime in the music industry. The beat is metallic and urgent, toggling between dubstep-inspired gargantuan synths and a menacing string line.

“There’s a lot of talk of grime right now, but a lot of people don’t understand what that environment was like at the beginning”, Dizzee told The Guardian. “And, back in those days, it was the kind of music that would make people shoot their gun in a club. People died at those raves”.

“The Other Side” is one of the tracks dedicated to cataloguing the differences between grime when Dizzee was coming of age and the music that’s being made today. “If you’re really spitting fire where’s the bloody proof? / I ain’t hatin’ on the youth, if you ain’t got the juice what’s the bloody use?” It comes off a touch back-in-my-day, but Dizzee’s flow is still nimble and sharp, and the beat has a confident knock that shows some influence of American trap.

A concerted effort is made on Raskit to avoid the lazy radio-fodder that bogged down his previous album, 2013’s The Fifth. More than just a misguided attempt at reverse-engineered crossover, that record felt like Dizzee didn’t want to put in his full effort when he stepped in the booth. The same should not be said for this album. Though he may never regain the superhuman elasticity that made Boy in da Corner and Maths + English classics, he is clearly putting the time in on Raskit and not short-changing his considerable talent as a vocalist.

“Ghost” rides a carnival game flute sample and provides a perfect platform for a breathless Dizzee to take the unacquainted through his journey and reassert his raison d’etre in a scene that has only grown more crowded. “Business Man” makes similar assertions, though it’s one of the tracks that feels most superfluous; it could have easily been left off the final tracklist without weakening Dizzee’s argument for continued relevance.

“Dummy” is perhaps the strongest argument that he brings something truly inimitable to grime. The beat is slower and more contemplative, allowing Dizzee to pummel it with a patented double time flow. “Doing it for the legacy / Been had the flavor look at everybody eating off my recipe”, he spits on the second verse, before unleashing a barrage of internal rhymes and tongue-twisting bars that cement him as one of the best technical MCs in all of hip-hop.

If there’s one aspect of the album that keeps it from being among the year’s elite grime records it’s the production. There are some interesting, gritty synth textures on tracks like “Sick a Dis” and “Way I Am”, but overall the beats often feel staid when compared to his raucous early work. The more politically focused “Everything Must Go” has one of the album’s best instrumentals, with a siren-like synth creating a feeling of state-sponsored crisis that feels perfectly suited for the veteran MC to air his grievances.

Dizzee’s perspective isn’t so ahead of his fellow MCs that he can make a totally novel grown man grime record (a UK equivalent to Jay-Z’s 4:44, if you will), but a record that pays homage to the genre’s grim roots that feels like it truly exists in a different sphere than much of the other U.K. rap coming out nowadays. That a lane can exist for a veteran like Dizzee to return to his roots while the new generation is still innovating solidifies how exciting of a moment this is for grime.