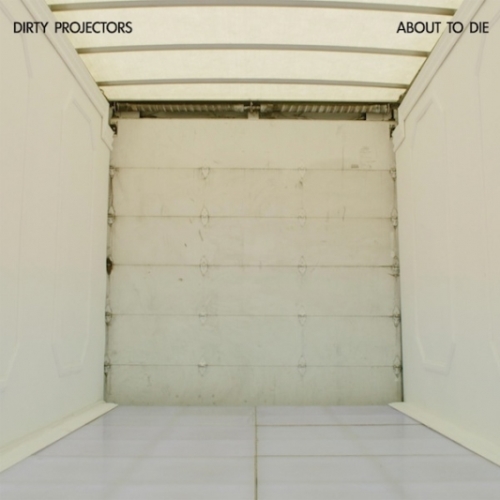 Some voices are worth making the effort for: get beyond the off-kilter whining of Neil Young, or Andy Partridge’s rather mawkish caterwauling, and many musical treasures lie in wait. Sooner or later you’ll find the “acquired” taste is all part of the package anyway. The same might be said for Dave Longstreth, whose elastic crooning on Dirty Projectors’s Rise Above in 2007, remembering the songs of seminal punk band Black Flag’s Damaged album, was certainly a stretch for some. These days the Brooklyn-based singer-songwriter has curbed some of his eccentricities to focus on the songwriting. So, gone are the glitch operas about Don Henley, the mixtapes and songs about finches (the last time I looked …), clever but often obscuring his prolific ability, and in their place we get 2009′s brash and playfully poptacular Bitte Orca, and this year’s more subtle but equally good Swing Lo Magellan. By paring songs down to core ideas and solid hooks, Longstreth’s band are are now right up there with New Pornographers and Here We Go Magic producing some of the freshest and most exciting pop music around.

That’s not to say Dirty Projectors have lost any of their fidgety rambunctiousness, nor got rid of any of the complex orchestrations, lo-fi/hi-fi balances and 3-part harmonies (generally between Longstreth and partner Amber Coffman, joined by Haley Dekle who replaces former member Angel Deladoorian on their latest album) that have all become characteristic of their work. Magellan opener ‘Offspring Are Blank’ starts in such an unassuming way, for instance, with its various clicks, handclaps and gentle harmonies, portending to be some kind of spiritual before exploding into life with a Led Zep-style hard rock riff and blazing chorus, the singer yelling at the top of his voice “He was made to love her/She was made love him/And their offspring love them” like a wild minstrel … life’s never dull with the Dirty Projectors around.

‘About To Die’ is actually the third single from Swing Lo Magellan, and their latest release is something of a companion piece to the album’s conceptual video ‘Hi Custodian’, which was given its cinematic release at the end of September. The video will no doubt have people scratching their heads searching for meaning, while in the meantime the band have turned the audio release into an EP with 3 new songs and 2 extra tracks. Whatever else, Dirty Projectors aren’t about to die: their place on many end-of-year lists is pretty well guaranteed, and to crown their achievement a concert at Carnegie Hall in New York has been scheduled for 11th January 2013.

Longstreth’s creative impulse is strong and ideas between songwriter and band are pretty fluid and free-flowing. Being holed-up in a remote part of Delaware County, New York, recording some 40 or so demos for Swing Lo Magellan, may or may not have brought him face to face with his own sense of mortality. ‘Hi Custodian’ take us on a kind of spiritual journey and the song ‘About To Die’, with its tablas, handclaps and Hare Krishna type wailing, is at its heart, as Longstreth sings about seizing a tablet of values and redacting it. The song is also full of odd references to orbs, mutants and zombies …

The themes for the rest of the EP are more life-affirming. ‘While You’re Here’ is classic chamber pop, with a similarly lovely warm hook to Colin Blunstone’s ‘Say You Don’t Mind’. ‘Here Til We Say It’s Not’ has those gorgeously gentle vocal harmonies of bands like the Ink Spots, but is pulled up sharply with the rousing chorus line of a pop song again. ‘Simple Request’ has the clanking introduction of Pavement or XTC, with the singer crying out defiantly: “Never will we give up/Never will we fail/Never will we tire or capitulate”. The extra tracks are more raw-sounding, with Longstreth rediscovering his punk-rock guitar on ‘Buckle Up’, the ghost of ‘Song 2′ by Blur walks, and ‘Desire To Love’ also breezes in at just over 2 minutes with an oddball duet between a Hofner bass and the Pete Townsend ‘Pinball Wizard‘ guitar riff.

So, in the end, About To Die turns out to be anything but morbid. Short and sweet, it’s only 15 minutes long in total because of the brevity of the songs. The EP keeps the wheels in motion a little longer while people absorb the impact of the album, and gives us a chance to hear some of those unused demos recorded in Delaware. And Dave Longstreth’s next move? With the novelty of pop perfection wearing thin, can we expect Dirty Projectors to remain orthodox for much longer? The recording of the 5-part vocal harmony piece Mount Wittenberg Orca with Bjork in 2010 would suggest otherwise. A Christmas number one perhaps? The current title makes it a bit of a long shot, but we should go on expecting the delightfully unexpected from Dirty Projectors in future years.

Listen to About To Die EP