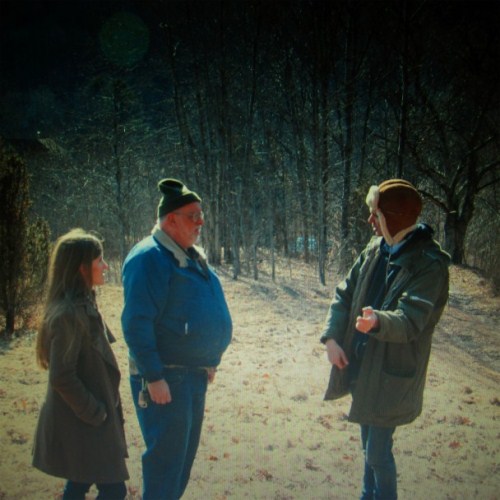 The durable misconception that having too much brains is bad news for rock music, that boneheaded swagger and rigid adherence to three-chord fundamentalism is somehow more substantial and real than a healthy curiosity in the new and the uncharted, has found some grounding in the past output of Dirty Projectors.

Equally adept at abstract orchestrations and pummelling riffs, band leader David Longstreth’s early endeavours carried a frustrating whiff of a superbly gifted musician hiding his talents underneath impenetrably thick layers of grand concepts and bloodless explorations of the esoteric, doomed to be applauded only by devotees of chin-stroking abstraction.

As such, Longstreth’s announcement that Swing Lo Magellan has been constructed as something as conventional as an album of songs comes as a bit of a surprise, if not an entirely unexpected one. The Brooklyn-based band’s sixth album completes a shift towards a more song-orientated direction unveiled on 2009′s Bitte Orca, a justifiably praised blend of dense harmonies and Led Zep-flavoured axe worship, and continued on last year’s underappreciated EP Mount Wittenberg Orca, a celebration of the expressive potential of human voices recorded in collaboration with Björk to raise funds for marine research.

Culled from seventy tracks recorded over a period of 12 months, many of which somehow manage to cram in all of Longstreth’s various musical passions, Swing Lo Magellan is simple and straightforward only in comparison with the band’s past works. Opener ‘Offspring Are Blank”s trek from wonky harmonies and threadbare beats to an arena-sized chorus and back goes to great lengths to avoid conventional moves. Both the languid anguish – yes, really – of ‘About to Die’ and first single ‘Gun Has No Trigger”s arresting blending of a jubilant beat with the lyrics’ impotent fury initially sound like the band and the richly arranged vocals of Longstreth, Amber Coffman and Haley Dekle are pulling in opposite directions. But it all gradually blooms into a remarkably infectious album that’s clearly been painstakingly arranged yet comes across as appealingly raw and immediate nonetheless.

The totally unexpected straight-from-the-heart directness and uncluttered loveliness of the stargazing title track and the devotional soul-pop gem ‘Impregnable Question’, meanwhile, could be this (in)famously complicated band’s most radical move yet, instantly rubbishing claims that there’s little human warmth to be found beneath their relentless boundary-pushing. Practically oozing blissful melodies, ‘Dance for You”s superlative blast of West Africa-hued odd-pop built on skittish beats and manic handclaps is even better: the moment the unexpected blast of swooning strings gives way to a thrillingly rudimentary guitar solo is worth the price of admission alone. Next to this, the more self-consciously experimental moments – the deliberately detuned drag that disfigures the sky-bound melody of ‘Maybe That Was It’, the studio chatter that’s allowed to float to the surface during ‘Unto Caesar’ – seem disappointingly contrived.

“If there’s an answer, I haven’t found it”, Longstreth croons during ‘Dance for You’. Aimed equally at the head and the heart, and hitting a near-bull’s eye in both categories, Swing Lo Magellan provides an answer to the mystery of how to expand a band’s appeal without shredding any of the idiosyncrasies that made them stand out in the first place.