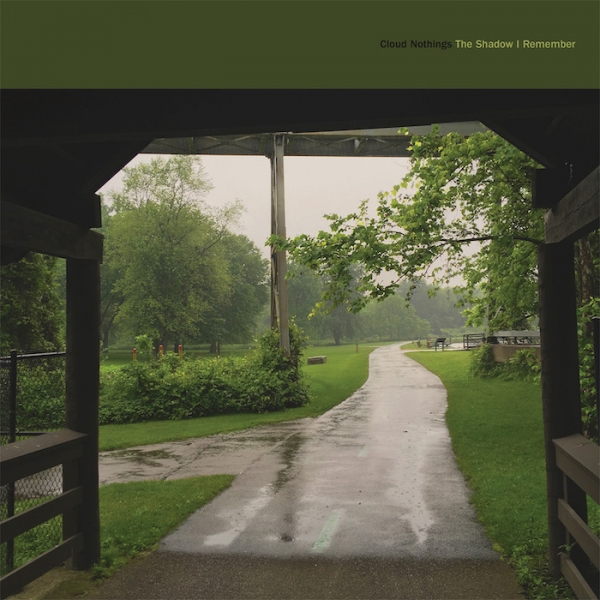 Since releasing Cloud Nothings’ debut record, Turning On, from his bedroom as a solo artist, vocalist/guitarist Dylan Baldi has made it his aim to avoid falling idle.

Active not only in the intimidating discography he’s produced since that initial release, but also the approach and style of each composition (whether the decision to abandon his bedroom musician persona by hiring Steve Albini for Attack On Memory, the ill-timed pivot to a glossier sound on 2017’s Life Without Sound, or even his recent free-form jazz collaboration with Cloud Nothings drummer Jason Gercyz), Baldi’s mantra has seemingly been to forge ahead and relentlessly tinker. On his band’s latest record, The Shadow I Remember, he has however decided to revisit two events of his musical past; recording with Albini, and returning to a creative state of constant songwriting.

How wise those decisions turned out to be is open for questioning. While Albini’s production accentuates the grit to Baldi’s songwriting, the music itself, typically replete with hooks and furious one-liners, is a mixed bag. “Sound Of Alarm” is a particular lowlight, Baldi making caring for oneself sound like a realisation he should pride himself on discovering. “Am I Something?” is similarly languid, Baldi singing as if with one eye open, proposing to be disturbed though keenly awaiting recognition of his plight.

And yet, a songwriter of his calibre would need to try harder to avoid moments of clarity and precision. “Nothing Without You” cutely articulates the lack of substance to one’s life when you’ve lost someone you love, Ohmme’s Macie Stewart’s guest vocals adding a tender nuance to proceedings. No track gets close to single “The Spirit Of” however, a thrilling exhibition of Baldi’s talent for writing a banging chorus coupled with the band’s ferocious style. The best tracks on the record, in fact, all rely on Baldi leaning into his hooks first and his band’s scuzzy sound second, a strong indication as to where his primary strength truly lies.

Perhaps it’s the run that Cloud Nothings have had, but The Shadow I Remember suggests something is incomplete, the band failing to consistently scale the heights capable at their gut-punching best. And while Baldi and co. made the decision to dig up some of their past for the new record, the inconsistency here suggests that perhaps it’s time to reassess once more before they head into the studio again.