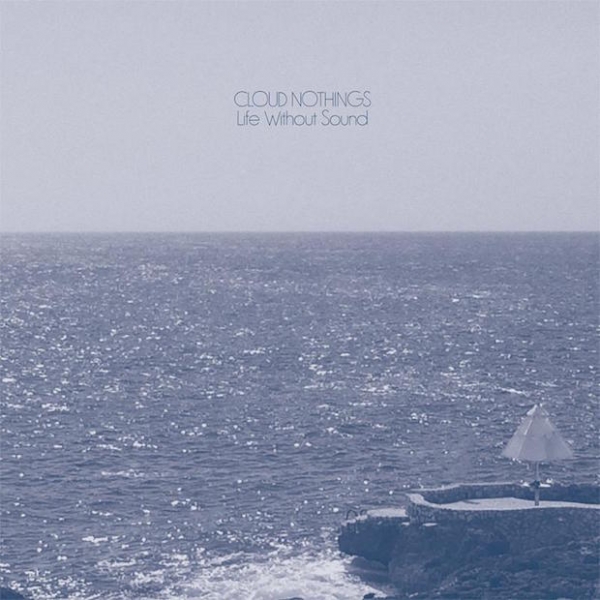 You could probably be forgiven for thinking you had Cloud Nothings’ number by now.

Over the course of their first three full-lengths, the Cleveland trio adhered to a few basic principles; breakneck pace, chaotic instrumental landscapes and consistently noisy guitars. That isn’t to say they hadn’t been progressing musically; on their outstanding 2014 LP, Here and Nowhere Else, they began to flirt with the idea of heading into more experimental territory, particularly on the epic “Pattern Walks” and the psych-tinged “Giving Into Seeing”. Beyond the superficial sonic template, though, what’s made Cloud Nothings such a fascinating proposition is the central conflict in Dylan Baldi’s songwriting; he seems to gravitate towards hooks and melody above all else, and that predisposition married to a caustic punk aesthetic throws up a genuine tension, one that was key to Here and Nowhere Else being such an engrossing listen.

It also left you wondering quite where Baldi would go next, given how assuredly he’d made the transition from Attack on Memory’s freewheeling lo-fi to something altogether more substantial on the follow-up. When Life Without Sound was announced back in October, the initial signs were less unpromising than they were outright alarming, with Baldi claiming that “this record is like my version of new age music. It’s supposed to be inspiring.” The cover art’s depiction of a tranquil ocean seemed to go along with those comments, and it was also true that the band had taken an uncommonly long time to turn the album around, having gone to ground after 2015’s collaborative LP with Wavves, No Life for Me.

The worry was that the protracted gestation and what sounded like a newly-discovered penchant for mellow introspection on Baldi’s part might conspire to rob Cloud Nothings of the urgency and aggression that’s been such a crucial part of their calling card so far. The surprise is this: that wild abandon, that predilection for keeping things rough, ready and above all fast, it has fallen away - but what’s replaced it is equally as gripping. Maturity is the last thing any of us thought Cloud Nothings needed, but it fits them like a glove; most of Life Without Sound, from the piano-led misnomer of an intro on “Up to the Surface” to the measured rumble of closer “Realize My Fate”, is the sound of a band who’ve managed to strike upon the happy balance between clever and cautious.

The trick on every Cloud Nothings album has been in Baldi’s ability to dress up his pop sensibilities in something else entirely, and he keeps that up here; “Things Are Right with You” comes complete with a terrifically catchy hook, and the chorus on “Enter Entirely” promotes singalongs and fist-pumps in equal measure. It’s not that the recklessness of old has been completely cast off - “Darkened Rings” fizzes with a brooding energy, and “Sight Unseen” constantly threatens to veer off into full-blown rambunctiousness - but where a retread of Here and Nowhere Else’s gloriously successful formula might have seemed the obvious route, there’s something thoroughly refreshing about hearing this group pursue cleaner guitar sounds and a smarter, more considered pace to proceedings.

Credit, too, is due to John Goodmanson, who might have no finer example of his less-is-more policy to place on his CV; after John Congleton manned the boards last time out, this is now the second album running on which this band have drawn the very best out of a big-name producer. Ultimately, though, Life Without Sound is a triumph of Baldi’s vision - for something bigger than just hard and heavy punk, and for rock and roll with pop intelligence. He’s pulled off both here.