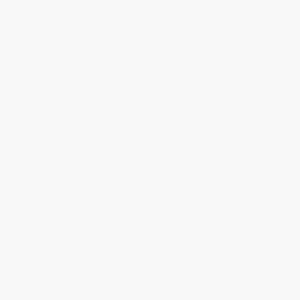 He's also the kind of person to just 'do'. Thus out of nowhere Glover brings us 3.15.20, an unsurprisingly genuinely sensational work of art from an artist who just won't quit.

His last full-length, Awaken My Love!, was a masterpiece - there’s no two ways about it. Combining fiery P-Funk with lusty soul and dazzling psychedelia to seductive effect, it won plaudits all over the globe. Then came standalone single “This Is America”, which summoned the ghosts of Fela Kuti, Malcolm X and Carter G. Woodson and had them cast a scornful eye over the treatment of the African-American in the modern day United States. The last artist to be that in tune with the cultural zeitgeist of America was Jean-Michel Basquiat, and you could argue that "This Is America' had far more of an impact than any of Basquiat’s work.

3.15.20 is as spell-binding, illuminating and honest as any of the great albums in recent history. Aspects of the album are as hard and brutal as Kanye West's Yeezus, yet these moments are tempered by ones of beauty and elegance as enthralling as anything you’d find on Solange’s, recent records, or Tame Impala's. After multiple listens, a concept of sorts starts to emerge – it's as if Glover is trying to let us know the damage our digital lives are having on our real ones, but he’s too afraid of the consequences he’d face if the machines ever found out about his plan.

Early highlights “Algorythm” and “Time” are evidence of his heinous plan to foil the onset of the digital utopia. The former is all about the dangers of giving up too much of your soul to a machine, while the latter is about how we should never accept visible realities, and always question whether things are truly as they seem. Ariana Grande lends her syrupy sweet highs to “Time” offering with it more than a hint of Janelle Monáe’s recent work.

Most of the remaining tracks are named after their respective timecodes, offering a masked existence devoid of any potential assumptions. “Feels Like Summer” reappears as “42.26”, and is still as resplendent as it ever was, but the stripping of its name seems intentionally aggressive and sinister. “19.10” sounds like a demented attempt to approximate the rubbery soul of Prince, just with bigger beats and harsher soundscapes. “47.48” is mellow, psychedelic and hushed – a healing balm for the frenetic, mind-melting antics Glover exposes us to for most of the record.

The themes raised here are as relevant as they’re ever likely to get. The digital world is a scary place, and Glover, through these artificial, synthetic and disturbing songs, shows us exactly how he feels about it. The more we rely on a digital reality, and the more of ourselves we give away to satisfy our vanity, the less we have to give when it really matters.

History will decide whether 3.15.20 gets the acclaim it deserves, especially considering how dark it can delve at points. But in the coming weeks and months, where the sensible people of the world do their best to isolate themselves and think about what’s important, it’ll be hard not to keep returning to 3.15.20, and letting Donald Glover amplify our fears for an hour, safe in the knowledge that things can always get worse.