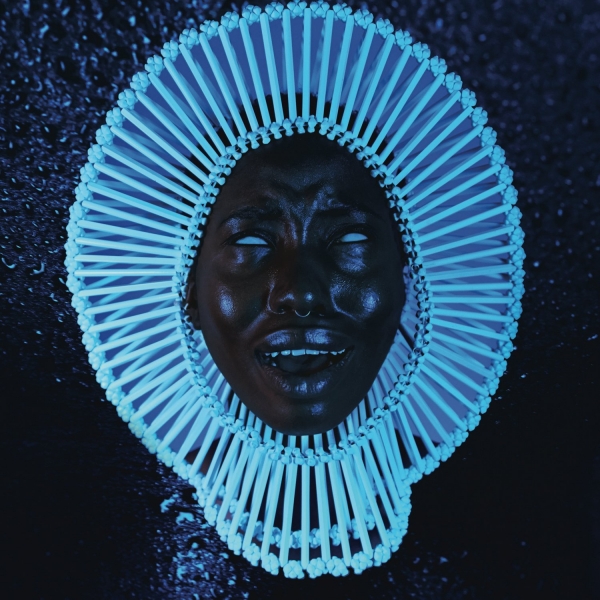 Because Donald Glover is omnitalented. Actor, screenwriter, director, stand-up comedian, all to acclaim. Childish Gambino is his musical alias, where he raps, produces and sings, to acclaim, and "Awaken, My Love!" is his third album, released, surely, to acclaim.

God damn it Donald, you’re making the rest of us look bad.

Opener "Me and Your Mama" acts as a précis. The three part introduction opens with the slack synth of Kool and the Gang, a jump-cut into a Funkadelic fireball and a fading away into The Isley Brothers’ ice.

He’s unrecognisable as the wink-and-nod, introverted rapper, and instead is at the helm of a luscious metaphysical psychedelia. The closest Glover comes to rapping is in the half ragga, half choking-on-a-fishbone staccato of "California". In the main, he inhabits the skin of George Clinton, James Brown and Prince with squeals and vocal gymnastics.

Although this is a departure, for us, he tackles this new language fluently. From the album title and its cognate stirrings to the first track, ‘Me and Your Mother’ it’s clear this is familial. It grows from his The tenth, "When Me and Your Mother Met" is left blank perhaps for his father’s story “I remember, this song back when me and your mother…”

High points come when the funk is laid down slow and thick, and Gambino’s R&B crooning can rise above. Lead single "Redbone" is pure Prince, and treads the knife edge transgression between sex and danger. Bass stabs come from some deep dark place, laden with wah, whilst piano is pure and celestial, the vocal dripping with desire.

This duality comes to bear too on "Boogieman","Zombies" and "Terrified". Darkness and threat is implied in the titles, but the music behind has a magnetic pull. They deal too with the dichotomy of blackness, in which black men and women are superstars, businessmen, president, but are still marginal.

"Terrified" is perhaps the high point. It benefits from the influence of a more modern R&B, where Glover is already comfortable: a finger click groove and high-pitched croon contrast with bassline a deep heartbeat. Again, guitar caterwauls with princelike abandon and the smooth vocal paints in broad strokes, to reference an indistinct fear: “Catch a nigga coming quickly behind you / People want you underground / Do you misbehave?”

"Zombies" is more explicit, opening with a ducking, diving, distorted guitar and the same feel it in your boots bassline. It has a chanted, moaned bridge, and nods to "Thriller" with shuffle-clap and chilling cackle. It adds threat to the sultriness, but it’s the lyrics that cut deepest. Blackness is exploited, packaged and sold on. Kari Faux plays the role of an A&R snake on the spine-tingling hook, and whispers: "we’re coming out to get you / we are so glad we met you / we’re eating you for profit / there is no way to stop it".

And behind "Boogieman" is a scared child, of course. He hears the billboard top 10, raps with Kanye and JayZ, while on the street black kids get shot. His voice dehumanised Gambino half chants: “Every boy and girl all around the world / knows my niggas' words”. Yet fear of blackness and the boogieman remains: “if he's scared of me, how can we be free?”

The blueprint for a rap revolution was born in N.W.A.’s "Fuck The Police" and there is still the embedded, macho culture of battling. It’s a masculine hegemony, even now and this means hip hop’s default is to express its revolution physically, violently, and externally. On one of the most revolutionary, and best, hip hop albums of the decade, Run the Jewels II for example: “We killin' them for freedom cause they tortured us for boredom”, “Fuck the law, they can eat my dick, that's word to pimp”, “This Run The Jewels is: murder, mayhem, melodic music”.

The chastening socio-political landscape in America provides the scenery for "Awaken, My Love!", but there remains a vein of positivity and love. On "Stand Tall", "Have Some Love", "Baby Boy" and throughout he offers an alternate, more internal, revolution of the heart and soul, inspired by his family and their music and time. The album cover, a day glo pastiche of Maggot Brain, but in which his eyes roll back as much in psychomusical evaluation, as it in looking to the self. Perhaps an album about a revolution of the heart had to take the form closest to his own.

The result is an earthy, positive album that buzzes with authenticity and pride. It’s not perfect: "California" is a misfit ditty like Kid Creole noodling about, and perhaps closing track "Stand Tall" could be better focussed, and better located; as much as the tone chimes with the rest of the album. But the overall impression remains: of a powerful, socially aware album, but one with, slack funk basslines, licks, squeals, and knods to the greats.