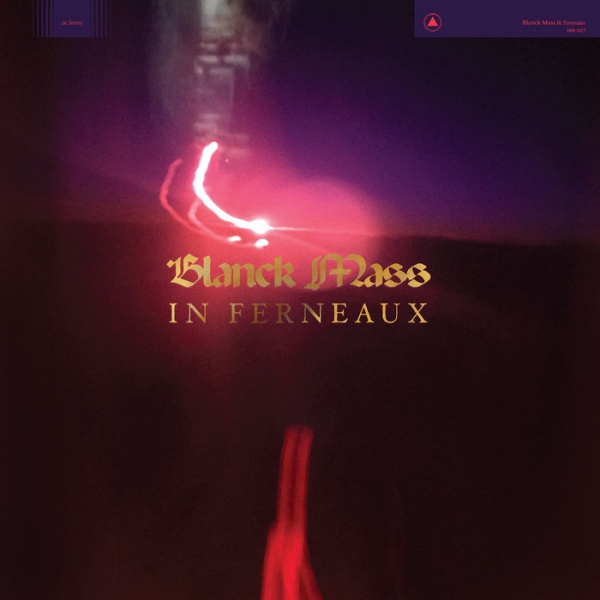 Benjamin John Powers’ musical output as Blanck Mass can most readily be described as a convolution of the ambient and the electronic, at one point composing sublime, apotropaic symphonies and at another, devising callous, mechanized pieces, near crushed under the weight of their own apocalyptic flamboyance. What results are some of the most enthralling electronic releases of recent years, firmly cementing Power as one to watch as he carves out his space in the genre.

Such was the case with 2019’s Animated Violence Mild, a bullishly confident record, and career high for Power which saw the artist drive the project towards its natural conclusion, in this case, a dizzying cocktail of drag, drugs and the dregs of his distinctive sonic palette. With In Ferneaux – the fifth full-length release under the Blanck Mass alias – Power has opted to eschew that glass-smashing, head-crushing cacophony to hone in on his penchant for the serene and it’s with mixed results.

Serving as something of an aural expedition across a decade’s worth of musical progress and iterative ideation, In Ferneaux sees Power turn his gaze inward to create an album comprised almost entirely out of archival recordings logged since 2011. It’s an intriguing approach and there’s no doubt that lockdown has afforded Power an opportunity to reminisce and reconsider the status of the project from a position of intense isolation. The result is a nostalgic, but inconsistent celebration of all things Blanck Mass that startles only slightly more than it stumbles.

Separated into two distinct phases, In Ferneaux begins with single "Starstuff" – initially released last year as part of Sacred Bones’ 2020 anthology release, I Fall in Love With the Light – which is a familiar if not particularly intriguing single which lacks the bomb blast potency that the album needs to get underway. It’s powered forth by all of the modular melodies and ethereal vocal samples that any fan will recognize but it fails to build to something essential, lacking the force in the lower frequencies to really sell the weight of the thing.

This however, is rectified just over halfway through "Phase I" when we’re presented with a dazzling piece around the 13-minute mark. Resplendent and glimmering with beatific choir and a dazzling harp-like refrain, every element of the song pulls the listener into an aching sense of longing without perceptible form. It’s hiraeth made tangible, captured aurally to deliver on Power’s intention to explore pain in motion, it’s a fiercely compelling piece full of that same obvious confidence from the aforementioned AVM.

We are met with that same magnificence at the end of "Phase II" as Power introduces enchanting flourishes on a grand piano to encounter walls of discord and the album’s close. It’s a rare moment of reprieve for In Ferneaux and one which once again projects that longing and sorrow onto the listener.

In Ferneaux is inextricably bound to this emotional pain; an album simultaneously tied to the oppressive isolation of our time, but one which – with arms outstretched – reaches towards the past, for loves lost, friendships ended and ultimately, the things that could’ve been said or done.

In its grandest moments, In Ferneaux is able to communicate all of this and more, but the issue and greatest weakness it faces is that these shimmering examples are few and far between, separated by vast, seemingly endless segments where little occurs and even less is said. In this regard, the archived recordings end up working against the message, seeing the album devolve into a swirling hodgepodge of disparate musical ideas. What results, is much of the forty-minute run-time padded with little more than uncultivated white noise.

Where in previous releases, Power winds strident tensions to their ultimate breaking point, In Ferneaux fails to address the pressures that it introduces. Long, protracted sections fade in, build and eventually fade out with little circumstance and you’re left clamoring for the release that can be felt on Dumb Flesh’s "Detritus" or "D7-D5". In short, for those expecting the righteous fury of Power’s previous efforts, In Ferneaux may disappoint.

In Ferneaux is arguably Benjamin John Power’s most subdued effort under the Blanck Mass moniker. It’s a slower, more meditative affair which deviates significantly from its predecessors and whilst there are gleaming examples of Power’s sonic craftsmanship, they’re hindered by sections of profound aimlessness that move against the defined conceptual direction to be found elsewhere on the album.