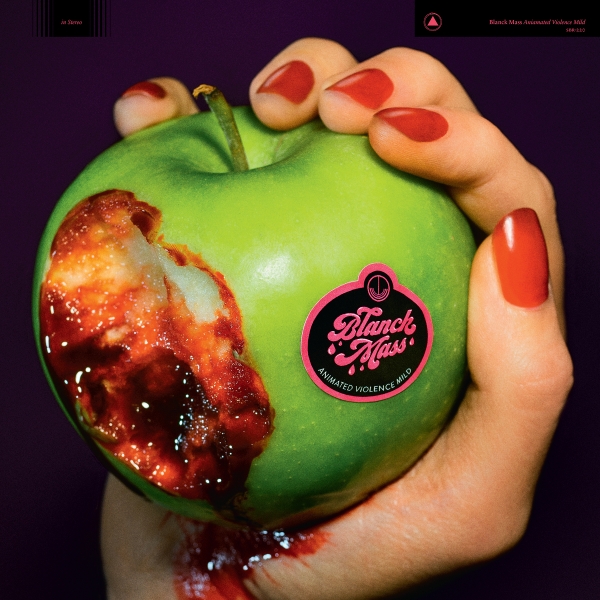 Benjamin John Power has been working under the Blanck Mass moniker since 2010. In that time, he has produced three critically acclaimed studio albums, supported high profile acts such as Sigur Ros, whilst material from his debut was featured in prominent moments during the London 2012 Olympics opening ceremony.

In spite of these achievements, Blanck Mass still operates very much on the fringe of modern, British electronica. However, this may soon be set to change with the release of Animated Violence Mild, an album which singlehandedly and effortlessly situates Power amongst the major players in the genre.

Blanck Mass establishes his penchant for jaw-clenching fearlessness early on with the track "Death Drop", a ruthlessly tyrannical piece in which the snarling rage of Power’s vocals slam headfirst into a wall of pounding percussion and synthesized melody. It is a powerful opener and marks just how concrete the Blanck Mass project has now become.

From there, Power leaps headlong into the single, "House Vs. House", a song which immediately flips "Death Drop" on its head and uses heavily edited vocal samples as the shifting setting within which he can deliver upon his surging, amorphous vision.

As with previous releases however, Power also proves that he is as capable of producing pieces wound up in their own barefaced animalism as he is at creating moments of genuine orchestral reverie.

"Creature/West Fuqua" for example, works not only as a nod to musician, DJ Screw, but also serves as a brief respite from the mercilessness of Power’s musical theatre. The track is marked by an oppressive drone which slowly gives way to classical harp flurries combined with ethereal vocal pleas. The end product easily makes a strong case for the most serene piece that Blanck Mass has produced to date.

From there we dive once more into what Power terms, ‘melody against all odds’, with the track "No Dice", a piece which bursts forth from the transcendental cocoon of "West Fuqua" with all the gut-punching subtlety of a shotgun blast. "No Dice" commands attention like few songs I can remember and needs to be heard to comprehend just now scintillatingly catchy and brutally sinisterBlanck Mass is when he abandons virtue.

As its cover might suggest, Animated Violence Mild bears all the traits of a forbidden fruit. It is a Pandora’s box of decaying excess and emotional vulnerability backed by a powerful and tangible sense of wide-eyed optimism. It is all bark, all bite and Power’s greatest and most consistent release under the Blanck Mass alias, bearing a message that is as crucial as it is necessary.