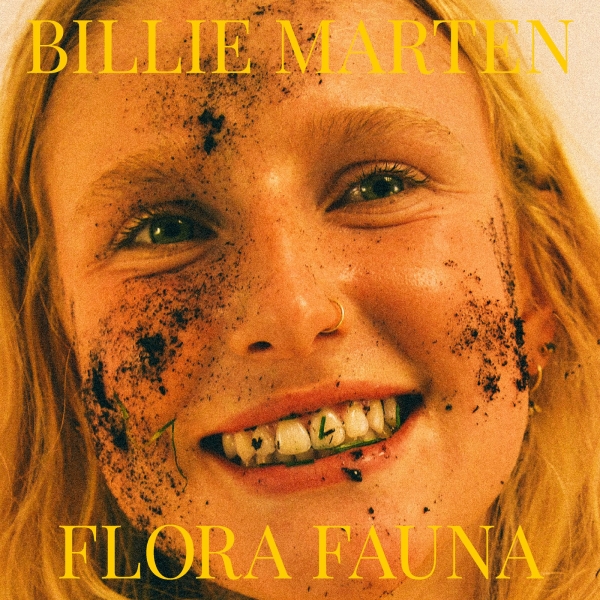 Few artists manage to experiment time and time again while keeping intact what made their art so compelling in the first place.

Billie Marten’s second album, Feeding Seahorses by Hand, saw her take risks her debut had not foretold. Flora Fauna, her new full-length offering, raises the stakes even higher: Marten is more adventurous than ever, and she sounds more eager to step into the light.

If there was any doubt this moment was Marten’s to claim, the album quickly dissipates all of it with its opening salvo. “Garden of Eden” lets a hunger Marten’s first two records slowly built up towards resonate far and wide, calling attention to a charge of rolling drums led by hushed vocals and an enthralling bass line. “Look at me / I’m a flower in springtime,” Marten demands, ready to take center stage once and for all.

The collection of tracks display how adept at games of tension-and-release Marten has become. She pulls the listener close in songs like “Heaven”, “Ruin” and “Garden of Eden”, her voice immediately embracing the mike before arrangements brighten and relinquish their hold on the listener for oxymoronically spacious choruses.

Marten’s songwriting has matured beyond the trepidations of youth, building on Feeding Seahorses by Hand’s first hints of urgency. “Creature of Mine” opens with the grim “Old Mother Nature says it’s all getting worse”, echoing the songwriter’s long-standing concerns with our relationship with nature - one she cherishes so much she named her album after it. She also sings about the fear of being outside at night as a woman in the ominous “Human Replacement”, a track only made more potent by the tragic death of Sarah Everard in London in March and the subsequent national outpouring of grief and anger.

If album closer “Aquarium” and its sparse instrumentation, alludes to her bare-bones debut, most of Flora Fauna is devoted to entirely new musical ventures. Following Feeding Seahorses by Hand’s experimental variations of the folk music Marten roots her craft in, Rich Cooper - who also produced Writing of Blues and Yellows - and Marten are willing to take compositions one step further.

For one, there’s the alt-rock menace of “Human Replacement”, a strange beast whose production tricks bear resemblance to that of another Billie and her brother Finneas. From there we’re led into “Liquid Love”, a ticking bedroom pop lullaby that sounds inspired by the lethargic end of James Blake’s catalog, and then into an incredibly refreshing juxtaposition of oriental riffs, a buzzing electronic backdrop, and a melody that reminds of indie folk-rock superstar Sharon Van Etten’s recent work in “Heaven”.

Three albums deep into the game, Marten has grown into the artist she is today with more trial than error. Radiohead reminiscent standout “Kill The Clown” is the perfect case in point, weaving audible threads of improvisation that blur the line between jazz, folk, rock and pop. It’s a rich tapestry of sounds that comes straight from the heart. That might be Marten’s secret ingredient: no matter how left-field the compositions are, whether warming or breaking, there’s always a lot of heart in the music.