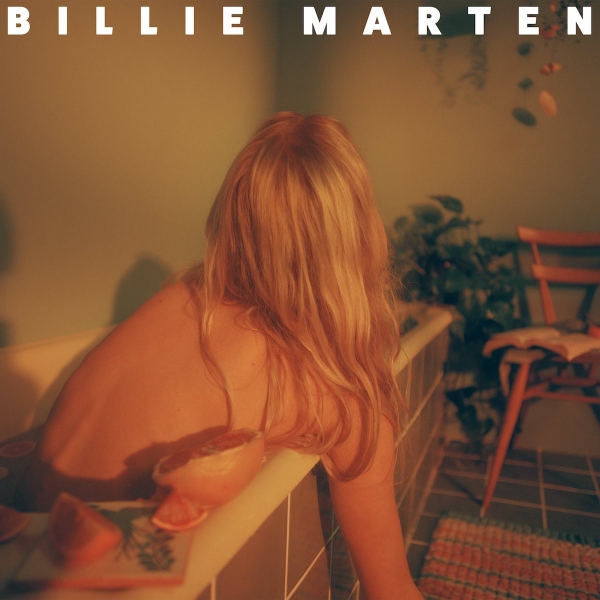 There are few things more refreshing than to hear a young artist take their time on their second album, and come back with a new project that feels developed, not rushed.

This is particularly true following a debut as critically acclaimed as Writing of Blues and Yellows - the lauded first offering from Yorkshire singer-songwriter Billie Marten.

From the moment she surfaced we knew Marten was a unique talent, something the BBC Sound of 2016 nominee has confirmed with her latest album almost three years on from her debut. Even though they are notoriously difficult, the nineteen-year-old songwriter has made the art of the sophomore album look easy with her incredible, highly distinctive second studio effort Feeding Seahorses By Hand.

Despite the lengthy absence since her last record, a majority of this album was laid down on on a four track tape recorder at producer Ethan Johns's house in just two highly focused weeks of recording. This organic approach to recording has helped Marten maintain the rough-edge and natural feel of her debut - one of its most praised features - but that doesn’t mean she hasn’t expanded her sound. Where Writing of Blues and Yellows was deeply atmospheric with skeletal instrumentals, Feeding Seahorses By Hand features some more diverse arrangements, incorporating anything from synthesisers to slide guitars and drum machines to choral vocals. Marten masterfully incorporates these new elements with such subtlety and restraint it never seems excessive and never allows them to detract from the raw and subdued nature of the album.

Like its predecessor, Feeding Seahorses is an incredibly spacious album, yet when you peel away the trimmings, these songs all rely on nothing more than Marten with her guitar and her faultless, often double-tracked voice. The songwriting beneath these tender soundscapes feels naturally matured - not a surprise since Marten was still in school when her debut was released.

At its most sparse Feeding Seahorses can sound truly desolate and profoundly intimate, like on the excellent bare-bones Laura Marling-esque "Vanilla Baby" and delicate closing track "Fish", yet more fleshed out tracks work equally as well. "Blue Sea, Red Sea" is a delightful cut that bears an almost lawsuit-worthy resemblance to Pixies’ "Here Comes Your Man" while lead single "Betsy", the synth-laden "Boxes" and peaceful "Toulouse" are all excellent tracks.

This collection of softly sung songs forms nothing short of a gentle and reserved masterpiece. It would have been easy for Marten to have made this record with the same restricted tool set she used on her debut, however she opted for a riskier route that has certainly paid off. Throughout the album Marten refuses to place restrictions on herself, but manages to never go too far, and add more to a track than it needs.

On Feeding Seahorses, Marten has managed to skilfully navigate a true artistic tightrope by developing and building on the sounds of her minimalistic debut, without losing any of its original essence. Nothing is lost, only gained.