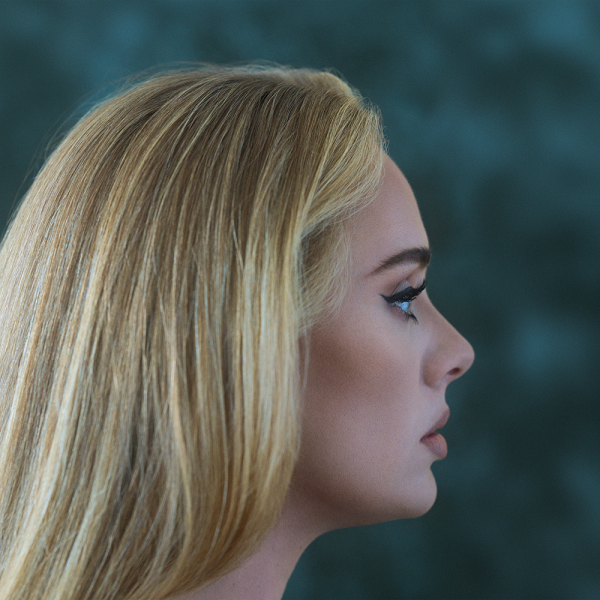 Adele’s sound thus far has been synonymous with heartbreak, despair, and acoustic arrangements; while undoubtedly loved, it sometimes comes off as one-note. However, if you’re thinking that 30 is going to be another project of sadness sprawled over a bed of piano, it makes me incredibly happy to say that this album isn’t what you expect.

There’s a certain theatricality to this new set of songs. Opener "Strangers By Nature" swoons akin to an overture or welcome for a show, becoming almost dream-like as the harmonies twist and turn over the jumping melody. Adele’s voice sounds transformed, using her chest voice to make deep vibrato, and her vocal precision to make incredible runs during its outro. Another transformation is the production – innate use of synth and electronic instruments are brand new but feel spot on. "To Be Loved" also harnesses these theatrical aspects; it's also a dead ringer for Fame’s "Out Here On My Own". Both lyrically and melodically powerful ("I’ll never learn if I never leap / I’ll always yearn if I never speak"), the song has one of Adele’s best vocal performances to date but it is almost so stage-worthy that it loses its playability – unfortunately becoming something that you’d listen to once in a live performance but possibly never again.

There are two moments on the album where creativity and Adele’s talent truly shine. Firstly, on the lengthy "My Little Love", where percussive influences of R&B merge with a sultry sound as she pours adoration onto her son, while he returns it by playfully saying "I love you" throughout. The song also gives an exceptionally vulnerable view into Adele’s mind, as she speaks candidly about feeling anxious, paranoid and stressed over the emotive and swelling piano in the background. Secondly, the delicate unfurling continues as Adele’s first ever featured artist Erroll Garner posthumously lends his impeccable piano playing to the "All Night Parking" interlude. It’s an incredible piece of R&B music, with just three stanzas and expertly considered backing vocals – it’s a side of Adele we have only seen in snippets before, and I hope and pray this is where she takes her next steps down her musical career.

As well as shining moments, there are some questionable. "Oh My God" feels so far removed from the Adele we know and love that it becomes jarring. It’s an arresting half-assed chant of a song that doesn’t go far enough to be believable, employing a strange use of intonation and word placement that makes it one of the least memorable on the album. Max Martin and Shellback offer their production prowess to "Can I Get It", but this American-inspired, stomping rodeo of a song sadly comes off as a 2013 Kesha B-side, or something like "Whistle" by Flo Rida. While the bridge offers large and rich harmonies, the song doesn’t achieve what I think they set out to do.

I’d be a fool not to mention the one and only single for the album, "Easy On Me". The song is probably the most ‘hunny' Adele that 30 offers, but even through its plethora of water metaphors it exudes a maturity and growth from the days of 25. Same goes for "I Drink Wine" which feels too mature for the albums of old, giving a message of wholesome positivity over its gospel-inspired sound. “Cry Your Heart Out” also offers a message of comfort, but this track isn’t anything we’ve heard from Adele previously. Its vocoder intro and chorus give a unique take on a typically Paloma Faith track and add a sense of Goldfrapp to the mix.

Working with Sault's Inflo on several tracks towards the end of the album, Adele takes the opportunity to drag her ex-husband Simon Konecki through the mud on "Woman Like Me". "It is so sad that a man like you could be so lazy," she sings over the pared back production, before stating that "Some other man will get the love I have for you". Then taking time to reflect on herself, "Hold On" is six minutes of heavily gospel-inspired music that effortlessly transcends from a message of despair to one of hope. Again, it feels theatrical in its writing – both lyrically and melodically – and could easily come from the likes of Rent as she sings words that could be mistaken for proverbs or religious passages.

Final track "Love Is A Game" is a showstopper of a song. Harnessing the cinematic and theatrical sense that 30 exacts, it sees Adele give up on ever loving again. As the soul and gospel sounds merge with the orchestral strings, organ, and flute during the nearly seven-minute runtime, Adele’s falsetto tones and resounding lyrics fade out and leave you craving more.

‘Coming of age’ is a term usually saved for teens becoming adults, but 30 sees Adele settle into the maturity and wisdom that the album presents, and truly is a coming of age. It is a well-considered progression for her, and while there are some missteps along the way, it is so good to see her moving forward.