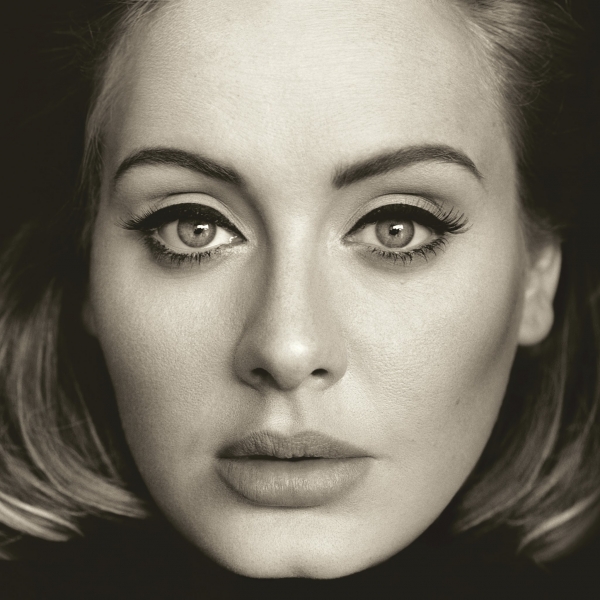 A star-studded list of impressive credits provide the backbone of Adele Adkins’ third album: Tobias Jesso Jr, Max Martin, Paul Epworth, Ryan Tedder, Bruno Mars, Greg Kurstin…it’s an embarrassment of (pop) riches. Add no less than twelve different recording studios to the mix and you have very much the quintessential DNA of what a 21st-century pop record is.

In many ways 25 is the sound of Adele crystalising her talent and appeal in line with her audience. It's a generous record that's clearly taken time and picks up more where “Someone Like You” left off (rather than “Rolling in the Deep”). She’s usually best when she’s stripped back, with nothing more than a piano for accompaniment. This is the Adele that dominates 25. This is the Adele we know and love.

Channelling torch song sentiments across much of the record, it’s business as usual lyrically speaking. Adele goes where you expect Adele to go: nostalgia, regret, loves and memories lost and remembered. "Hello" remains the strongest track on the album but the Ryan Tedder co-write “Remedy” has one of the best vocals we've ever heard from her.

“Love in the Dark”, co-written with Sia-collaborator Samuel Dixon, is probably the album’s best sounding song with some incredible orchestration. On the other hand, the Max Martin/Shellback-produced “Send My Love (To Your New Lover)” is very obviously a Max Martin/Shellback production and (somewhat sadly for this huge Max Martin fan) a jarring inclusion on the record. The album’s OTT closer “Sweetest Devotion” doesn’t really provide the conclusion you want either.

Despite that, there’s a very good record in here, propped up by a some incredible modern classics (“Hello”, “Remedy”, “When Were Young”, “Love in the Dark”). While it never really gels musically in quite the way you want it to - something that can also be said for 19 and 21 - it still has Adele at the heart of everything. Her voice remains a vehicle for her personality and is immune to the album’s few low points. It's so good to have her back.