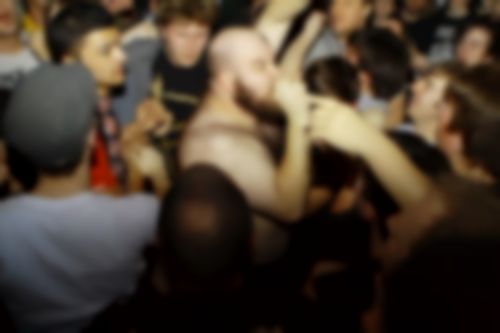 Yesterday’s inaugural Visions Festival saw old hands !!!, Fucked Up and Jeffrey Lewis headlining a day of some of the best new music from around the UK and beyond.

The one day event, which took place across three venues in notorious hipster suburb London Fields, fills the gap vacated by the revered Radfest and was put together by the capital’s most forward-thinking promotors: Sexbeat, Bird On The Wire and Rockfeedback.

The diverse line up touched all areas of new music and included Best Fit favourites Echo Lake, Still Corners and Cloud Nothings. A set from Micachu (with vocalist Tirzah) saw the tech skills showcased on her amazing Boiler Room set from last year flexed even further while Brighton’s GAPS delivered a set that opened the day and confirmed their place as one of the UK’s best new bands.

The event’s attention to detail was its calling card, with an accompanying brochure given away that included bespoke illustrations (by Jeffrey Lewis, above) as well as biographies of each band penned by other luminaries (of Kirin J Callinan, Fred from Spector wrote: “The first time I met Kirin…he removed his shirt but kept his fingerless gloves on”).