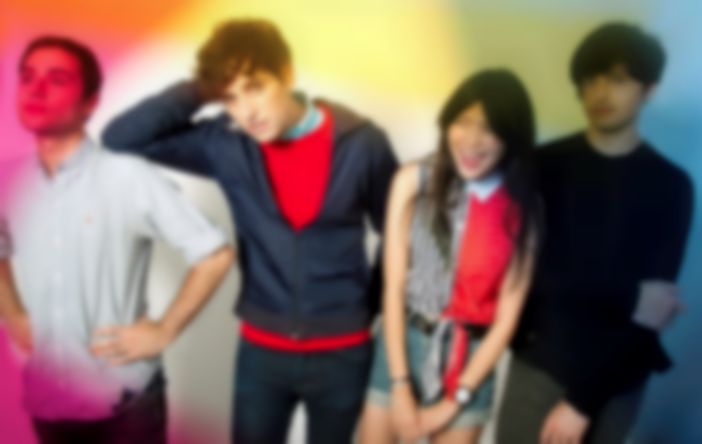 New York-based indie pop outfit The Pains of Being Pure at Heart finished the UK leg of their current tour last night at Camden Dingwalls. With support from Hatcham Social and Echo Lake, they played an hour-long set to an enthusiastic crowd made up of a healthy mix of university students and thirty-somethings. Led by energetic frontman Kip Berman, who was sporting an Echo Lake shirt to show his support, the band delivered a lively and engaging performance that showed they could still do melancholy Pitchfork-friendly noise-pop extremely well.

Relatively obscure fan favorites from their back catalogue took on more epic form when performed live. During ‘Come Saturday’ and ‘Everything with You,’ the band’s guitars melted throughout the venue and the songs sprung to life as indie dance floor smashers.

The band also showcased some new material, including one song called ‘Sure’ about which singer-keyboardist Peggy Wang remarked: “It has some drums that sound a bit like The Lion King.” After playing a full set of twelve songs, the band took a short break and then returned to the stage for an encore. Sweaty and smiling, the Pains of Being Pure at Heart finished off the night with ‘This Love is Fucking Right,’ and beamed with the kind of confidence that must come when a group that was once a buzz band manages to find sustained success.