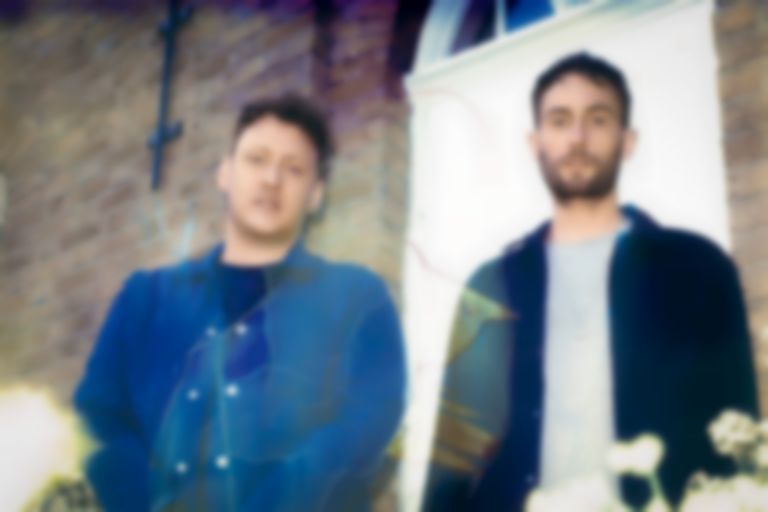 Fresh off the back of a US tour in support of their latest album Kingdoms in Colour, Maribou State made a triumphant return to home soil last night with their biggest headline show to date.

Made up of Liam Ivory and Chris Davids, the Hertfordshire-based production duo put out a series of underground EPs in the early 2010s, before releasing their breakout debut LP Portraits in 2015. Back in September, the duo returned with a new record and an expanded sound. Last night's appearance in Brixton kicked off a string of sizeable UK dates, somewhat bigger than their previous jaunt across the country in November.

Backed by percussionist and bassist Jonjo Williams, drummer Johnny Cade and a string quartet, Maribou State warmed up the crowd with tropical old favourite "Home", and are greeted with rapturous applause from the sold-out Academy. Guest vocalist Holly Walker is greeted with similar warmth when she makes her first appearance for the warm and chilled-out "Steal".

Throughout the set, Maribou State showcase a diverse catalogue of songs, rich with live instrumentation and impressive guitar work from Chris Davids. Their soulful instrumentals are peppered with sounds from around the world and draw inspiration from indie, jazz and all known corners of the dancefloor.

As the night draws on, Ivory and Davids bring out more of their upbeat house material, ending their set on a high with a string of big hitters. Holly Walker rejoined the band for "The Clown" and "Nervous Tics" (which receives the biggest reaction of the night) before they close out the show with the anthemic big beats of "Kama".

It's not long before Maribou State return to the stage with an encore, emotionally dedicated to the late Keith Flint - a key source of inspiration for the band. Their ramped up rendition of "Turnmills" makes for a fitting tribute to the Prodigy legend, with its bass-heavy synthesisers, intense strobe lighting and confetti cannons. It also brings the night to an energetic conclusion, leaving the audience wanting to do anything but go home.