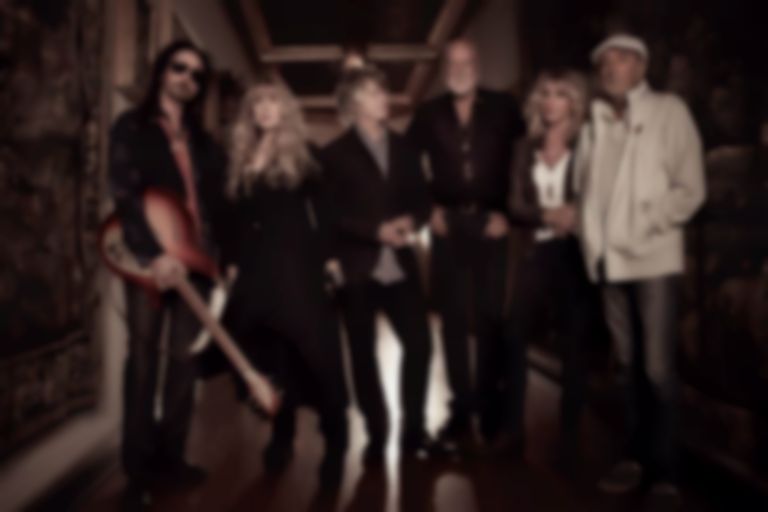 The turbulence of Fleetwood Mac off-stage is essential to their energy, chemistry and intimacy on-stage; it's fuelled them for over 50 years. Tonight, the angry ghost of Lindsey Buckingham was keenly felt, but nonetheless, The Mac produced nothing short of a spectacle in a packed-out Wembley Stadium.

A tour set against the backdrop of Buckingham's looming absence did not derail this battle-scarred band. It was difficult not to feel a fleeting twinge of sadness at the erstwhile frontman; his distinctive voice and masterful guitar-playing undeniable; his tension and on-stage chemistry with Stevie Nicks achingly romantic.

Despite this undercurrent of loss, tonight Fleetwood Mac demonstrated that the band is bigger than the sum of its parts - an idea already developed through their shifting line-ups through the ages. Tonight’s show was a careful balance of nostalgia and restoration, as the two newest members, Neil Finn from Crowded House and Mark Campbell from Tom Petty and the Heartbreakers, showed their worth. Their clever use of these two replacements to do something different worked tonight in a way that left the audience both surprised, heartwarmed and elated.

The band start off steadily, despite the racing tune “The Chain” opening the night - after sixty-one shows this year already, weariness could be rearing its ugly head. Before any of the audience members can even formulate this thought into a lasting opinion, Stevie Nicks unleashes her wild on-stage persona, shaming 90,000 people for even toying with the idea that this would not be worth the ticket price. “Second Hand News” transforms Nick’s famous tasselled sleeves into air drumming drum sticks as she bangs them through the air, encouraging Mick Fleetwood’s relentless energy on percussion.

From hereon in, the show was set. “World Turning” is welcomely interrupted by the elected showman for the night - “don’t be shy” screams Mick Fleetwood during a close-to-ten-minute solo and drum battle with Taku Hirano. Fleetwood jumps up from his impressive percussion set and starts banging on a handheld drum, inciting Taku and the crowd even further, and just when the drumming is beginning to sound like thunder, the band take us back to “World Turning”. The sound issues that plagued Sunday's show are mercifully absent throughout. It's a moment that drives home Fleetwood Mac’s sheer energetic agelessness - they are a band that do not grow old.

With songs being dedicated to Tom Petty, Jimmy Iovine and Harry Styles, and an audience comprised of millenials with their grandparents, Fleetwood Mac’s performance tonight showcased their timelessness in a fashion that only the likes of The Rolling Stones can match.

Say You Love Me

Go Your Own Way