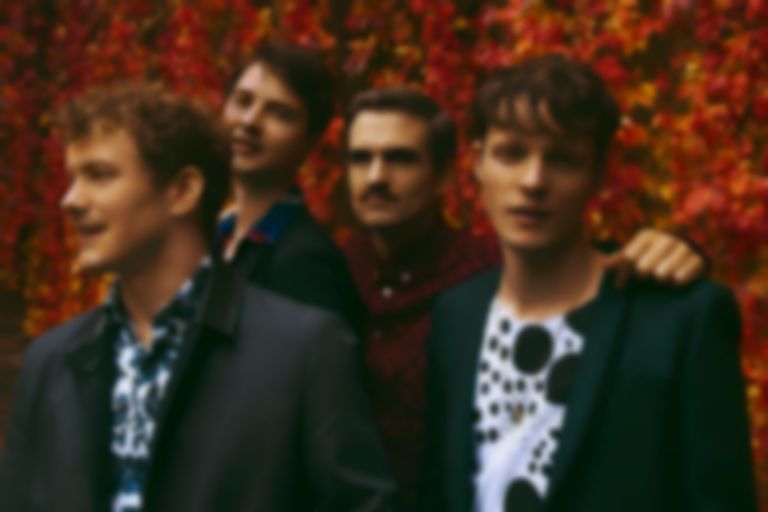 Donning the vibrantly lit stage in a leather jacket with EURO-PEAN SOUL – the name of their upcoming second album – emblazoned in big silver letters on the back, singer Tom Burke led an enthusiastic performance of emotive sounding melodies over sweeping synths.

At times driving drum beats gave an early ‘00s indie feel akin to The Strokes or Franz Ferdinand (whose singer Alex Kapranos was the producer of their first album), and at others the melodic vocal lines provided something of a show-tunes edge, and for some reason '80s divas such as Gloria Gaynor kept springing to mind. The overall effect though was heavily influenced by ‘70s glam – these boys are clearly David Bowie fans, as we all should be.

After introducing a change of pace, Burke went on to play “Rolling By”, which can only really be described as a power ballad – and although it had none of the pogo jumping or impassioned disco screams present throughout the rest of the set, it also had no less energy.

Citizens! don’t try and overcomplicate things. With fine songs expertly performed and bursting with glam energy, it’s clear that the live stage is where they really come to life.