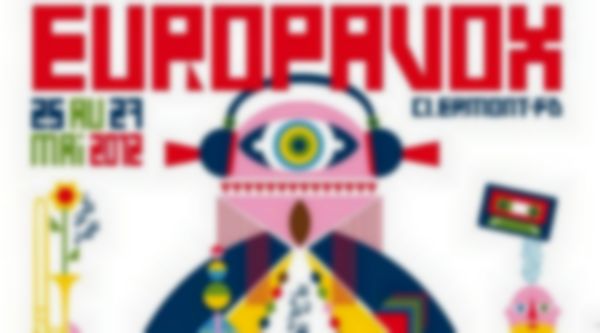 Clermont-Ferrand – the birth place of Amelie Poulain actress, Mademoiselle Audrey Tautou, the home of some absolutely delectable cheeses and (apparently) recognised as ‘France’s Liverpool’ when it comes to musical output. It’s in the confines of this historic city that EuropaVox festival has been hosting music fans for the past six years, as listeners from all over Europe head to the French city to take in some of the most interesting talent that Europe has on offer.

From Portugal’s We Trust to Norway’s Bernhoft, France’s Woodkid to Sweden’s The Hives, and from Germany’s Dear Reader to Greece’s Keep Shelly in Athens, EuropaVox presents a true mix of the eclectic range of music that Europe is currently creating. The full line-up can be found here, and the festival will be presenting various other special events such as Arthur H’s interpretation of Serge Gainsbourg’s L’Homme à tête de chou.

All genres are represented, all tastes are catered for, the only rule is that each artist performing comes from a European country. As such, each year the festival plays host to an extremely rich and varied line-up, with new acts being highlighted in particular. In previous years, the likes of Casiokids, Loney, Dear, Camille, Anna Ternheim and Herman Dune have all graced the festival’s stages, and the line up for 2012 promises to continue this established trend for showcasing quality acts from all over the continent.

For more information and tickets, head to the EuropaVox website, and to hear some of the sounds that the festival will be showcasing, have a listen to the tracks below.