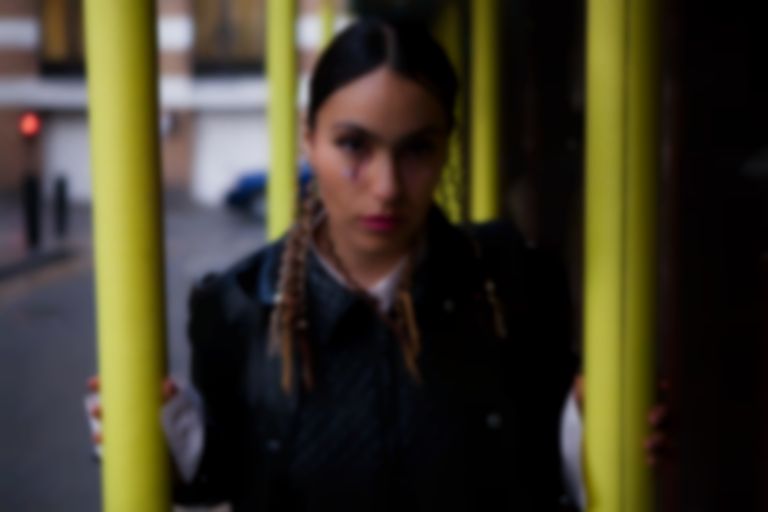 We caught up with Sweden's sonic subverter Zhala ahead of a new EP - hear a track from that now exclusively on Best Fit.

The track's a Muzi rework of Zhala's "Slippin' Around", which adds titanic drops, dancefloor-ready bass, and euphoric beats. As well as Muzi, Carli and Oneship provide new takes on the self-described "Cosmic Pop" anthem. The original is part psychedelic knot, part techno behemoth, part pop jam, part club banger - it's everything and nothing all at once, and provides a rich canvas for experiments.

Stream Muzi's hedonistic edit below, and check out our catch up with Zhala after.

What was the most surprising thing for you looking back at the album's release? What did you learn from the process?

Everything is always a surprise, you can never be prepared for anything really!

Don’t do that many interviews ever again!

Really cool people like my music and my connection with them makes me smarter!

Don’t believe everything you think! But trust your gut!

It will only get worse and better! In the highs and lows right at the same time!

What will you do differently next time?

What do you think of the Muzi remix of "Slippin’ Around"?

I think he has captured that euphoric chanting airy stream of energy in the song but in his own way! It’s always cool to hear how people interpret your music and make it their own. It’s an honour really! Someone putting time and energy on making these melodies ours!

How did you write/record the original version?

It happened one day when I was found in the right angle with the universe. But the production and mixing process took more than a year. I wasn’t working on it all the time, but it was there, reaping!

What do you feel when you hear Slippin’ Around?

What do you feel when you hear it?

I hear you're writing new music at the moment - how is that going? What do you want to do with the next release?

I am! There’s not enough time in this life for all the things I want to do. AAAAAHHHH!! But I am enjoying myself backstage atm. I’ve been writing a lot these last couple of months, it’s like my subconscious has been in the frontline of my way of communicating.

Is there anything you want to try out?

I always want to try out everything. There’s no limits in my creative process. That sounds boring!

What can we expect from it? Will it evolve the Cosmic Pop or be a totally new direction?

What else are you working on at the moment?

I'm working on trying to get a role in Game Of Thrones!

Stream the original "Slippin' Around" below. The remix EP is out 13 May via Konichiwa Records, with limited 12"s available at Rough Trade. Her self-titled debut album is out now.