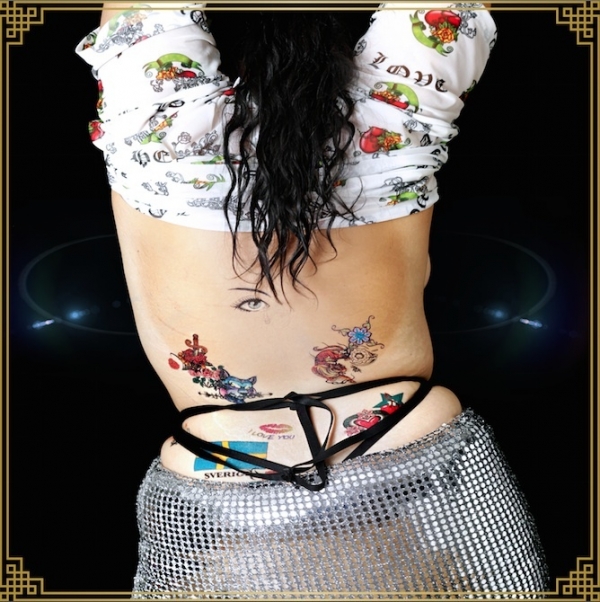 Robyn protégé Zhala, the debut signee to Konichiwa Records, has been bubbling under the surface since last year’s Grammis performance and Prophet EP. Like Naomi Pilgrim, Zhala toured with Lykke Li – though unlike Pilgrim, she also studied in L.A. and integrated herself in Sweden’s club scenes.

The self-confessed “cosmic pop” Stockholmian has put much of the Prophet EP into Zhala, including its title track, “Slippin’ Around” and “Efter Livet”. Ensnaring attention with her own hypnotic brew of dance music and Scandi-pop, she nixed the chance to involve collaborators, bar producer Mathias Oldén, choosing to forge her own path. The result is a cohesive, flowing album that slips and slides into new phases sans warning, and that goes confidently against the pop grain.

In the press release announcing the LP, Zhala spoke of a dedication to physical reactions: “I didn’t think about what others would think: I thought about how they would feel… I focused on the experience.”

To that end, each sliver of Zhala prompts movement. Her house background ensures that each track is rife with galvanising, visceral moments, be it propulsive percussion, heady synths or thundering basslines. Take opening cut “I’m In Love”, which weaves harmonies together with harrowing funeral-house beats, to create an overwhelmingly rich, complex torrent of noise that yanks you under. It’s mesmerising.

“Horoscope”’s a shimmering eruption of electro-symphonics, Children Of The Corn vox and thickly-layered danger. Cyberpunk contrasts meet on recent single “Holy Bubbles”, which features a video about a post-apocalyptic Kim Kardashian, as Zhala fuses folk caterwauling with 31st century techno. The verses on “Prince In The Jungle” sees Zhala perfect her Robyn impression, before lunging into one of the album’s clearest pop moments; it’s not as shrouded as the rest of the LP, and succeeds because of the juxtaposition after the hypnotic “Prophet”.

Zhala has an immensely distinct style, using dank dance-pop electronics, avalanches of echoes, pitched percussion and a ritualistic flair – each cut feels like a cult-like call-to-arms, with Zhala the high priestess of something sinister, sultry and sadistic. While most of her output riffs off this theme, it’s engrossing enough, and a wide enough area, that she never retreads ground, and each time we hear her rallying cries beckon, we know it will be undeniably special.

“Me And My Borderline Friend In Trance” is an shiver-up-spine piece of illegal-rave gold. We can hear Zhala lose herself in the transcendent noises with ease, with each beat thwomping like a raring heart, and each cascade of synth swirling around in an all-encompassing embrace. Acting as the total opposite to the pristine chart-bait of “Prince In The Jungle”, this is her strident strut into no-frills dance music.

Zhala’s skirts so many different sonic kingdoms it’s almost impossible to pin down; one moment we’re in the realms of pure pop, the next we see he dive into tech-house, and then suddenly a lurch into psych. Her output is an adventurous concoction of a great many things, and shows her off to be one of the most forward-thinking electronic musicians emerging.

Wherever she’s pigeonholed, Zhala thrives – and this debut stands up as a bold indicator of a bright future.