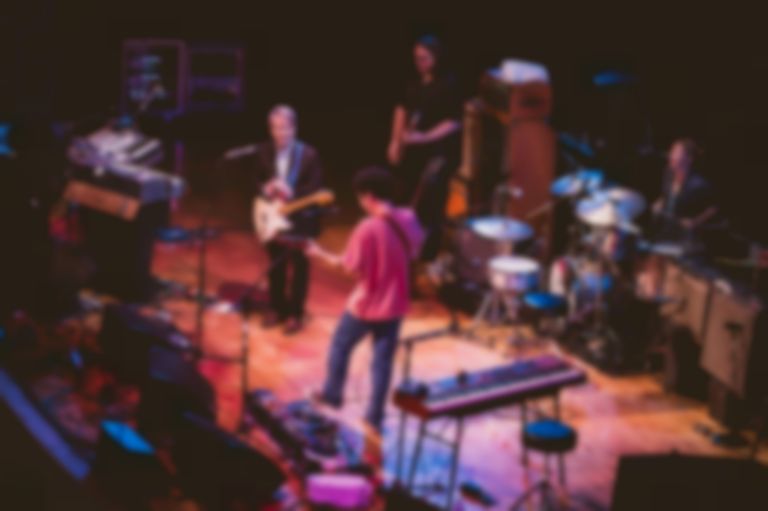 Yo La Tengo have launched their own Bandcamp page today, and it arrives with a new rehearsal recording titled "James and Ira demonstrate mysticism and some confusion holds".

"James and Ira demonstrate mysticism and some confusion holds" is the debut recording to be released on Yo La Tengo's newly-launched Bandcamp page.

The new track runs just shy of six minutes, and was recorded during a rehearsal.

Yo La Tengo's Ira Kaplan writes of the track, "If you’ve spent any time hanging out with us at our rehearsal space in Hoboken - that pretty much covers none of you - you’ve heard us playing formlessly (he said, trying to sidestep the word "improvising"). Most of the songs we’ve written in the last 25 years have begun that way, but often we do it for no other reason than to push away the outside world."

He adds, "In late April, with the outside world weighing on everybody, we determined that the three of us could assemble in Hoboken without disobeying the rules laid out by Governor Murphy, and resumed . . . "practicing" hardly describes it, because we’ve done no practicing per se, and anyway what would be practicing for . . . playing. James set up one microphone in the middle of the room in case we stumbled on something useful for the future. Instead we decided to release something we did right now."

The new recording arrives ahead of Yo La Tengo's 25th anniversary reissue of Electr-o-pura, which arrives on 4 September.

Yo La Tengo's "James and Ira demonstrate mysticism and some confusion holds" is available to stream and buy on Bandcamp now.