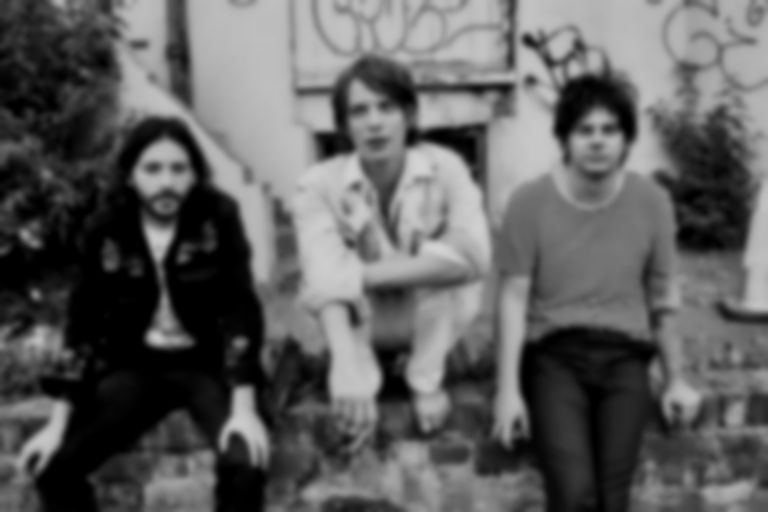 Yak have teamed up with J Spaceman, aka Jason Pierce from Spiritualized, for melancholic new single "This House Has No Living Room".

"This House Has No Living Room" is the fourth single to be shared from Yak's highly anticipated sophomore record Pursuit of Momentary Happiness.

Yak and J Spaceman came to collaborate after frontman Oli Burslem visited Jason Pierce’s home studio to piece the album together. In the few days Burslem spent there, Pierce added his vocals and slide guitar to the album finale.

Expanding on the track, Burslem explains, "This is the last song we recorded at RAK and it’s definitely my favourite. It sums the whole record up. I guess it’s inspired by mortality and memories of loved ones past and present. It also features my good friend John Coxon on piano and harmonica without whom I doubt the band would be where we are today. If it's the last piece of music I ever make I’ll be happy."

The accompanying visuals directed by Jonny Lu, and is a compilation of uncovered (thanks to Jason Brinkerhoff) 8mm footage from the archive of photographer and filmmaker John Kayser.

"This House Has No Living Room" follows on from "Bellyache", "Fried" and "White Male Carnivore".

On their second album, Burslem explains, ​“I don’t want it to be a boo-hoo story. It was fun doing it. It’s nice to push yourself to the limit, and I can say now that I don’t give a shit what anyone thinks, because it’s a document of that time, and it’s honest and open, and I couldn’t have done or given much more."

"This House Has No Living Room" is out now. Pursuit of Momentary Happiness arrives 8 February via Virgin/EMI. Yak play London's Rough Trade East on 13 February before touring the UK. Find out more.