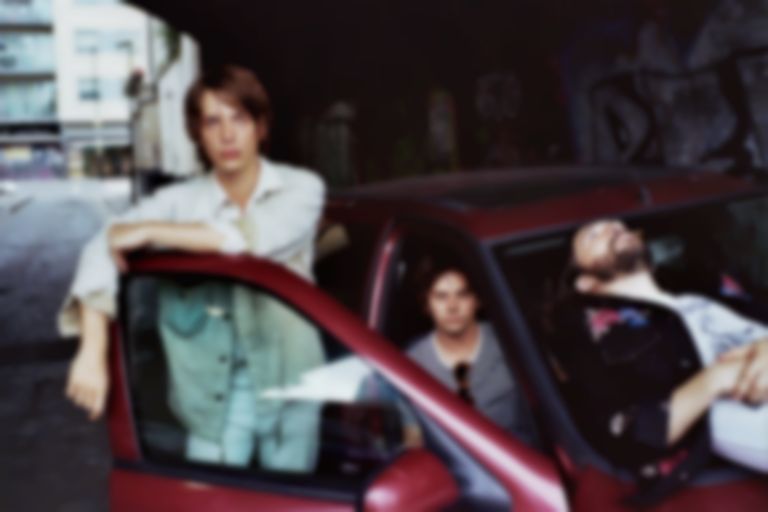 Speaking about the new track, frontman Oli Burslem explains, "I was living out the back of my £205 car, completely broke as I had put all the money we had from the label into the band. It really felt like the last piece of music we would ever make and that we had to put everything we had into it. That's where the last lyric "if you're going broke just make sure you don't choke" comes from."

The London-based trio are working towards their next record, which will follow on from their 2016 debut album Alas Salvation.

"Bellyache" is out now via Virgin EMI/Third Man. Yak tour the UK over the next month, including a night at London's Bethnal Green Working Men's Club on 7 November. Find out more.