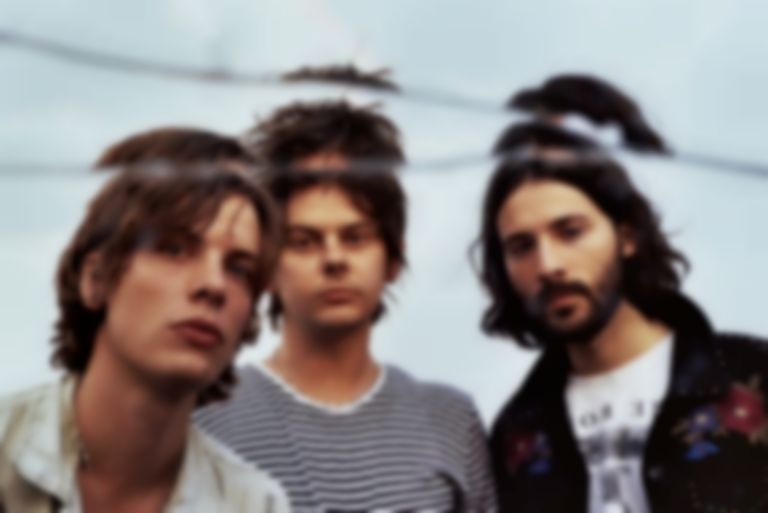 "Fried" is the third single to be released that feature on the new record, after "White Male Carnivore" and "Bellyache".

Yak's sophomore album Pursuit of Momentary Happiness has been nearly three years in the making since releasing their 2016 debut Alas Salvation.

Frontman Oli Burslem explains, “I don’t want it to be a boo-hoo story. It was fun doing it. It’s nice to push yourself to the limit, and I can say now that I don’t give a shit what anyone thinks, because it’s a document of that time, and it’s honest and open, and I couldn’t have done or given much more.”

Pursuit of Momentary Happiness was largely made at RAK Studios. The trio recorded 29 songs over 10 days, 11 of which will feature on their second record. Burslem then added some finishing touches in a small home studio, before heading to New York to remix the record.

"Fried" is out now. Pursuit of Momentary Happiness arrives 8 February via Virgin/EMI. Yak have three shows lined up throughout the UK for next year. Find out more.