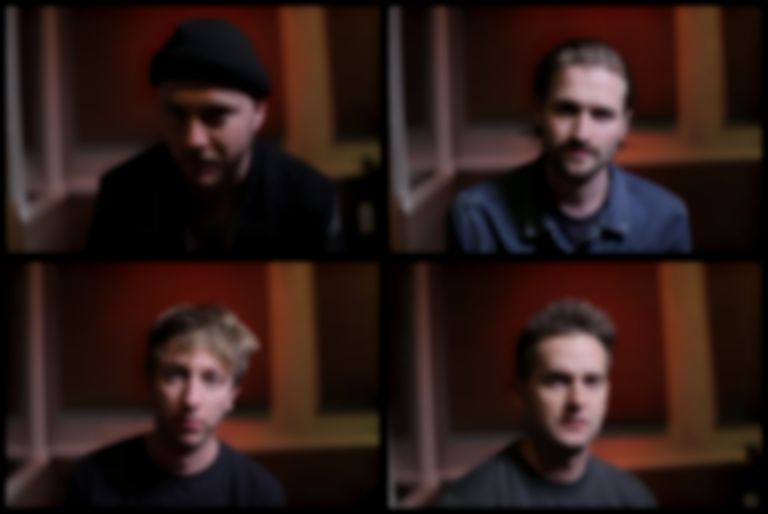 Before they jet off on their separate paths, Wild Beasts are releasing Domino Documents record Last Night All My Dreams Came True.

The Cumbrian foursome have also unveiled a live version of "The Devil's Palace" recorded at RAK Studios; the track is actually two separate Wild Beasts gems: "The Devil's Crayon" from debut Limbo, Panto and "Palace" from 2014 opus Present Tense.

Last Night All My Dreams Came True follows recent farewell EP Punk Drunk and Trembling, and is the second official release via Domino Documents following Julia Holter's In The Same Room. Recorded totally live over two days at RAK Studios, the album is part of a series which aims to capture "the ever-evolving arrangements of [Domino artists] in high fidelity."

"It’s us as tight and slick as we ever have been," says the band's Tom Fleming. "And it’s also us giving the fewest fucks we've ever given. There’s a sense of celebration and destructiveness combined, a sense that the fetters are off. Not that they were ever on... but that sense of limited time before you shuffle off is very much a motivator."

"I think there's a life cycle with any band," adds Hayden Thorpe of the band's impending split. "It reaches a point where the snake begins to eat its tail. Our last album, Boy King, felt just like our first record in many ways - in its 'fuck you' spirit, in its sense of self-destruction... we get to leave our desk by our own accord, and that makes us very lucky. Whoever gets to do that?"

Wild Beast have a few final shows booked in - find out more.

Last Night All My Dreams Came True is out 16 February 2018 via Domino Documents.