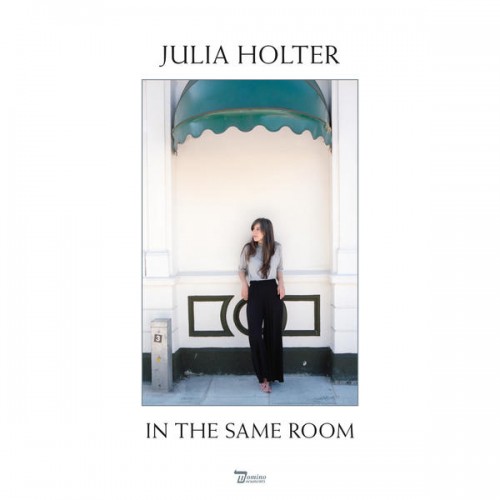 Live albums, especially those released by artists midway through their commercial and artistic peak, tend to arrive under the weight of a certain burden of self-justification.

Such records rarely need to exist as such, and few but the finest examples of their kind (i.e. Stop Making Sense, It’s Alive et al) are remembered by anyone beyond the obsessives and completists amongst us. So when Domino announced a whole series of live records to be released on their new Domino Documents imprint, I did wonder how the releases would avoid the rather obvious pitfalls of repetition and self-indulgence by which the format has been historically plagued.

Further to that point, Julia Holter is, to my mind, one of those aforementioned peak-era artists. Having garnered critical acclaim for her esoteric, idiosyncratic songwriting and superb arrangement skills over the course of her first three albums, Holter broke through into the commercial mainstream with 2015’s Have You In My Wilderness. An intricate, ornate gem of an LP, Have You In My Wilderness was a work of such purity that the fact that many of its highlights are positioned as focal points of In The Same Room underlined the pertinence of the questions I was already asking myself about the intention of this collection of live renditions of some of Holter’s finest songs. Tracks like “Feel You” and “Silhouette”, as beautifully written as they are, benefit enormously from the spacious, sympathetic overall production of their parent LP; can we really expect to hear any improvements, or have any previously unnoticed aspects of these songs revealed to us, when we listen to them in this new context?

Well, for the most part, we can. One of the loveliest things about In The Same Room is its restraint; the versions of this career-spanning selection, arranged for a four-piece ensemble (Holter, of course, plus Corey Fogel on drums and vocals, Dina Maccabee contributing viola and vocals, and Devin Hoff on upright bass), gently push against the boundaries of their recorded counterparts, illuminating Holter’s songs anew without undermining the essence of the tracks that we already know and love. The version of “Feel You”, for example, feels leaner and sprightlier than the version on Have You In My Wilderness, reminding us of the sheer joy of creation that so often characterises Holter’s work, yet this subtle increase in energy never robs the track’s undulating mood of its vulnerability.

The clue’s in the title, really; the great success of In The Same Room is that it achieves the admirable feat of making us feel intimately close to each performance. Stripped of studio album production gloss, we hear every breath, every snare drum ghost note, every creak of the piano stool. This isn’t a raw or unpolished album by any stretch, nor has it gone without audible tweaks in post-production, but one really can feel the atmosphere in the room in which these songs were performed in a way that is difficult to accurately represent via multi-tracking, overdubs and the like. And there we have that insistent question – why does this live album need to exist? – perfectly answered. In The Same Room allows us to get further inside Holter’s songs, to find a certain empathy and commonality in them that we may have had to work harder to identify in her studio albums. It’s not going to change anyone’s opinion of her, and, let's be honest, it’s not up there with benchmarks like Stop Making Sense, although it’s facile and unreasonable to make such comparisons. But for those of us who already love Julia Holter, it does help us feel a little closer to this most fascinating of songwriters.