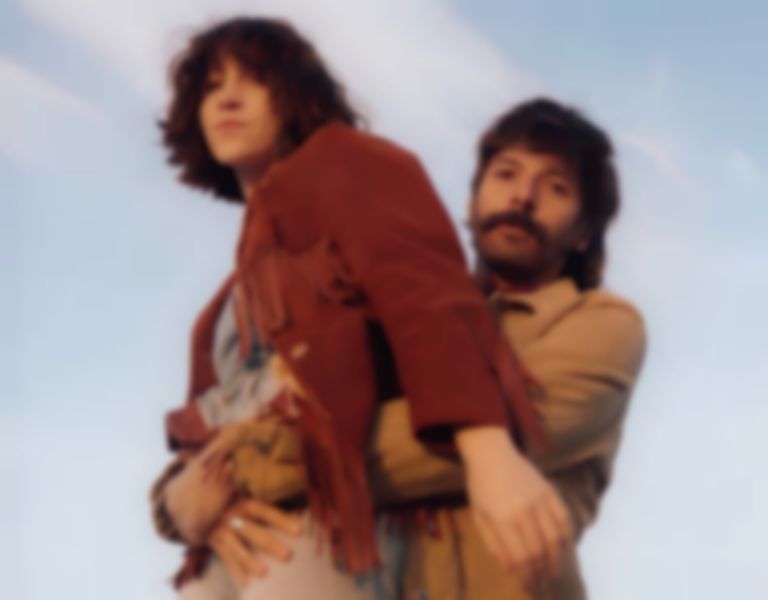 Widowspeak have delivered new cut 'While You Wait" as a second preview of their forthcoming sixth album The Jacket.

Following the release of lead single "Everything Is Simple" earlier this month, Widowspeak have unveiled a second outing from the record titled "While You Wait".

Widowspeak's Molly Hamilton and Robert Earl Thomas say the song "is maybe one of the more narrative remnants from when the album might have been a true concept record; it’s sort of the opening credits scene, when the main character is going to their job and seeing the shift change of the city in the very early morning. Then in the second verse, they are leaving work and seeing nightlife start up again. Those simultaneous experiences are like cities within a city; there’s always someone ending their day as someone else’s is starting. It's also about the day-to-day work that supports more creative pursuits, and how when that’s out of balance it can feel like you are on the outside looking in."

The Jacket will follow 2020's Plum album, and was recorded at New York's Diamond Mine with co-producer Homer Steinweiss.

"While You Wait" is out now. Widowspeak's The Jacket album will arrive via Captured Tracks on 11 March, and is available to pre-order now.