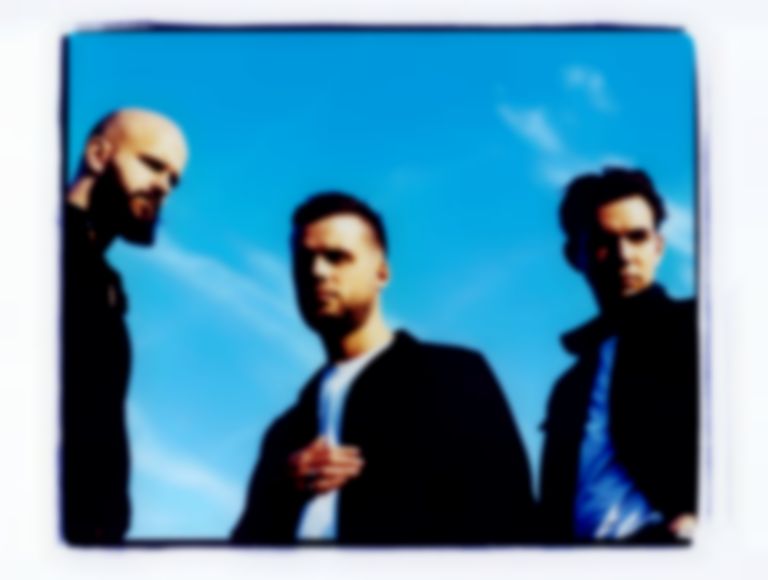 White Lies have followed up their 2019 album Five with standalone single "Hurt My Heart".

Having released their fifth album Five in February, the trio are back with new single "Hurt My Heart".

The new track was recorded in LA with producer Andrew Wells (5 Seconds Of Summer. Fall Out Boy).

Bassist Charles Cave says of the new single, "For 10 years we have stayed loyal to the album format - only sitting down to write and then record when it was time for a new complete work. Whilst there is a lot of love about that process, it is something of an endurance exercise. We decided it was about time to see what happened if we just wrote a few things with the idea to release music disconnected from an LP; something that could sit within the same universe as Five."

"Hurt My heart" is out now. White Lies will play London's O2 Academy Brixton on 6 and 7 December as part of their 10-year anniversary tour for their debut album To Lose My Life. Find out more.