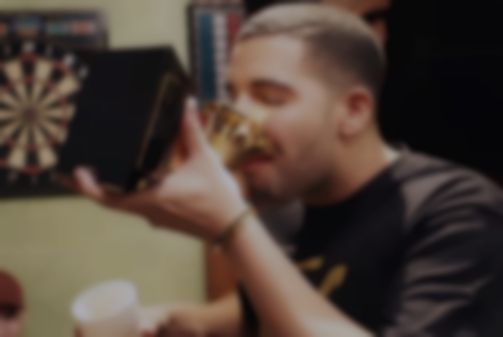 Having just released his new album Nothing Was the Same this week, Drake recently sat down for a chat with Rap Radar‘s Elliott Wilson for a new Myspace interview series, with the first part seeing the Toronto rapper predominately speaking about Kendrick Lamar’s now-infamous ‘Control’ verse.

In the interview, streaming below, Drake said the Compton rapper is “super talented… he’s the underdog who’s extremely hungry, and he’s doing his thing.”

But when it came to speaking about his ‘Control’ verse, the musician had a few negative things to say: ” is giving people moments. But are you listening to it now, at this point in time? Okay… It was real cool for a couple weeks. If I asked you, for example, how does that verse start? Mind you, it’ll go on– Complex and Rap Radar will give it like, verse of the millennium and all that shit or whatever.”

Drizzy continued of the lyrics that saw Lamar call out many of his peers, including Drake himself: “I know that verse had no malice behind it, because I saw him five days later at the VMAs and it was all love. He didn’t come on there in some wild ‘I’m in New York, fuck everybody, don’t look at me’. It was one of those things, I almost wished he had come in there on that shit, because I kind of lost a little respect for the sentiment of the verse. If it’s ‘really fuck everybody’ then it needs to be ‘fuck everybody’. It can’t be halfway for the sake of the people.”

As far as competition goes, Drake doesn’t seem to feel threatened by Lamar but by Yeezus himself, quoted as saying: “There’s one guy who is up every night thinking about how to get better, how to do things bigger, and that’s Kanye West. He’s always going to be the guy who tries to out think and out do everybody. That’s my guy I aspire to surpass.”

Check out the full interview below, via CoS: