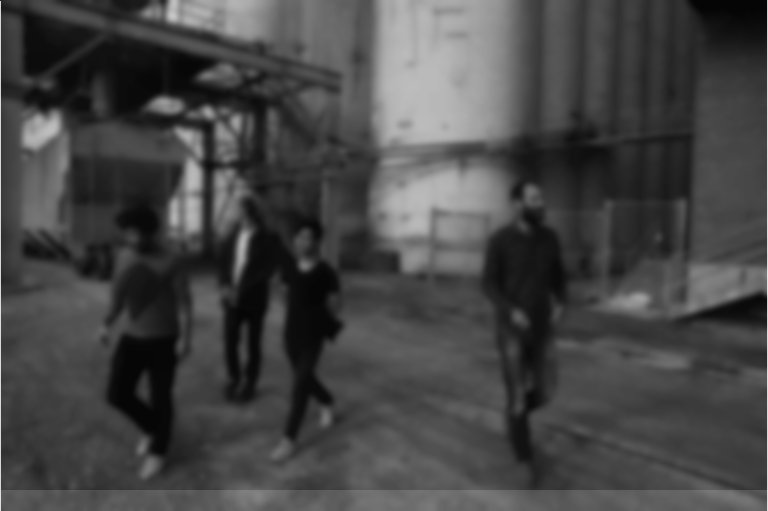 Canadian foursome Viet Cong are planning to change their name "as soon as [they] agree upon one" following pressure and controversy.

Earlier this year, a college in Ohio cancelled the band's then-upcoming show, citing their “grossly ignorant and deeply offensive” label as the deciding factor, and more recently, Hooded Fang's April Aliermo wrote an essay explaining the consequences of the band's name.

Tapping away on Facebook, the Calgary-based post-punks explained their decision to move away from the 'Viet Cong' nom de plume:

Our band lives to play music. We don’t particularly like doing press, most of us are fairly private people and we have social media for the band only reluctantly. Most of us generally don’t follow online criticism. Over the last year we have essentially lived our lives in a tour van and in music venues, playing over 130 shows. In that time we’ve met many amazing people and had many great conversations with people in person.

Over this time we’ve been listening, talking and having lots of valuable conversations with the members of the Vietnamese community about the name. Through this dialogue and hearing about what the name means to so many people, we have decided we will be changing the name of our band.
Art and music are about creative expression. However, our band name is not our cause, and we are not going to fight for it. This is not what our band is about.

There are many individuals more eloquent than us who have recently had a lot to say about the topic of the name and our appropriation of the name Viet Cong. For more insights into the arguments we encourage you to read some of these. We are a band who want to make music and play our music for our fans. We are not here to cause pain or remind people of atrocities of the past.

The truth is, we’ve been planning to change the band name for the next record for months; it has not been an easy decision by any means. We are a band of four people with four individual voices; this debate has been long and difficult for us and it took time for everyone to settle on a plan of action.

We don’t know what the new name of our band will be, and we owe it to our fans to honour the concerts we have booked. We rushed into our last band name decision, we don’t plan to rush into this one, but know that will be rolling out a new name as soon as we agree upon one.

We realize this won’t satisfy everyone, but that’s certainly not the goal of this band. We never expected this kind of attention in the first place and just want to return to playing music, which is the only thing we (kinda) know how to do.

We’ve had an incredible amount of support from fans, and we have to thank everyone who has said supportive words to us as we struggle with this. As always, we welcome people talking to us in person.

The band's self-titled debut LP is out now via Jagjaguwar.