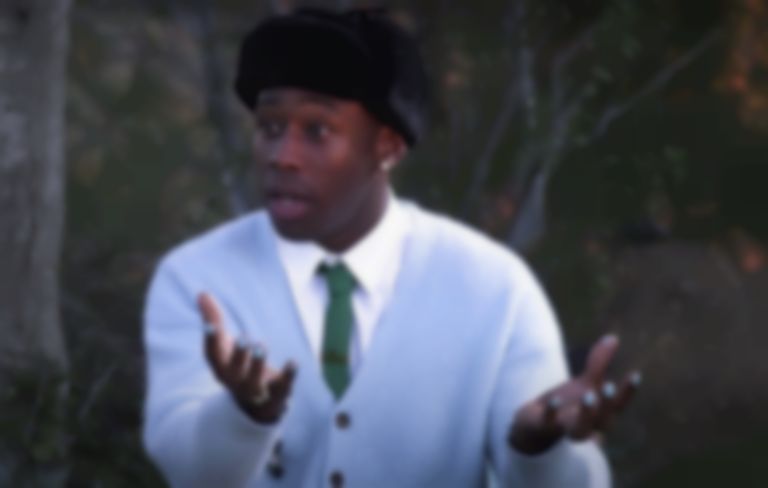 Tyler, The Creator has spoken about his relationship with the late Virgil Abloh, revealing that he intended to show Abloh his Golf le Fleur collection on the week of his death.

In a new interview with Fast Company, Tyler, The Creator discussed his Golf le Fleur collection and the late Virgil Abloh, and their relationship over the past couple of years.

The discussion took place a few days after Abloh's passing last month, and Tyler, The Creator revealed that Abloh pushed and helped him with ideas. "In 2019, it was when I decided, 'Oh, dude. I think I’m going to do this le Fleur thing'," Tyler, The Creator explained. "And who really pushed me to do it was my boy Dev Hynes, Solange, and Virgil, and I was like, 'Yo, man, I think I want to do this thing'."

"He’s like, 'Oh, what do you need?' I’m like, 'Well, I don’t even know where to…'. [Virgil said] 'Here. Give me a week.' Bro, he put me in contact with people in Italy and here and there, emails [and] calls, FaceTimes with people I don’t know," Tyler, The Creator continued.

Speaking about how he intended to show Abloh his Golf le Fleur collection, he added, "And this was the week that I was going to say, ‘Hey, Virgil, what you helped me with, what you got me started with, what your helping hand did, I finally get to show you what you did.’ I was like, ‘Fuck.’ I wanted him here so bad to see like, ‘Hey, look what I did.’ Because I wanted him to just say, ‘Fire.’ And I wanted him to know."

Tyler, Thhe Creator also reflected on Abloh, saying he "went out of his fucking way for everyone. It even took me a while to realise that." Watch Tyler, The Creator speak about Abloh from the 18:25 mark.

Just before Christmas Drake honoured Virgil Abloh with a new tattoo on his arm.